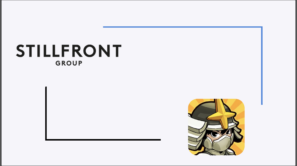 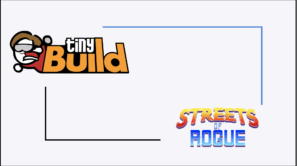 On June 7, 2021, Stockholm-based mobile game developer and publisher Stillfront Group acquired mobile idle RPG Crush Them All, developed by US-based mobile games developer Godzi Lab. In fact, Stillfront has acquired the whole Godzi Lab studio (the acquisition is structured as an all-cash acquisition of all shares in Godzi Lab Inc.), since all its assets and liabilities relate solely to the game. The deal is already closed with an undisclosed consideration paid fully in cash.

Crush Them All was released in 2017 on iOS/Android, and since then has been downloaded more than 7.7m times (according to AppMagic). The peak of the downloads came in Dec’19, when the game saw 281k downloads. According to the press release, the game currently has 250k MAU with almost $13m bookings for the last 12 months. Other games developed by Godzi Lab, however, have not been received as well as Crush Them All, and currently generate less than 10k downloads a month combined.

Read the full analysis at Master the Meta.

US-based indie game publisher TinyBuild (LON:TBLD) has acquihired the LA-based developer behind for Streets of Rogue game DogHelm, for up to $6.5m if certain targets are met over the next three years.

The consideration is paid in cash and newly issued shares at a price of $2.54 per share, subject to a 12-month lock-up period. The deal will be accretive in 2021.

In 2019, standalone developer and a founder of DogHelm Matt Dabrowski has launched Streets of Rogue, a rogue-lite game for PC&console, described as a cocktail of Nuclear Throne, Deus Ex, and GTA. The game has been well acclaimed by both critics and gamers (75 on Metacritic). In April 2020, Dabrowski announced the development of the sequel based on the original’s source code.

tinyBuild’s M&A Strategy And Financials
Rather than making traditional acquisitions, tinyBuild tends to acquihire the developers and buy the game or IP the team has worked on. Moreover, tinyBuild proposes acquihirings only to the developers it has previously worked with. The average relationship length before each transaction is around three and a half years. tinyBuild and Matt Dabrowski have had long-standing relationships of over 5 years.

Since 2013, tinyBuild has made seven acquihirings and two strategic investments. Such transactions typically consist of cash, royalty-based benefit programs, and incentives for the developers.

After a successful IPO on AIM TinyBuild continues to implement its own-IP focused acquihiring strategy, building relationships with development teams, helping them to expand their franchises, and then acquiring both products and the team behind.

A consortium led by Chinese internet giant Sina Corp is reportedly in talks to acquire an 18% stake in Chinese gaming company Yoozoo Games. At the moment of writing the stake worth exceeds $430m.

UK-based gaming company Phoenix Games has acquired an undisclosed minority stake in UK-based mobile games developer Midoki and the rights to the best-known title of the studio — Knighthood, published by King.

Facebook continues its long-time expansion to the VR/AR market with the acquisition of US-based BigBox VR, known for Population: One VR shooter.

US-based Mythical Games has raised $75m in a Series B round to accelerate the development of blockchain-powered games. This is the third round of the company. Previously, Mythical Games raised $19m in Nov’20 and $16m in Nov’18.

Istanbul-based mobile gaming studio Veloxia Technology Interactive has raised $3m of Seed funding to support the development of mobile idle games. The company already has one title in its portfolio — Space Colony: Idle.

Another Istanbul-based developer Hungri Games has raised $1.1m of funding to leverage the existing portfolio of mobile games: three RPGs with the fourth being under development.