We have several announcements before we dive into this week’s digest.

Second, don’t forget to register for the Elite Game Developers webinar on August, 12th, where we’ll discuss the report with Joakim Achren of EGD, and Micha Katz of Aream&Co.

Finally, if you somehow missed the H1’21 Gaming Deals Activity Report, you can find it here.

Embracer Group Acquires Eight Companies for up to $543m 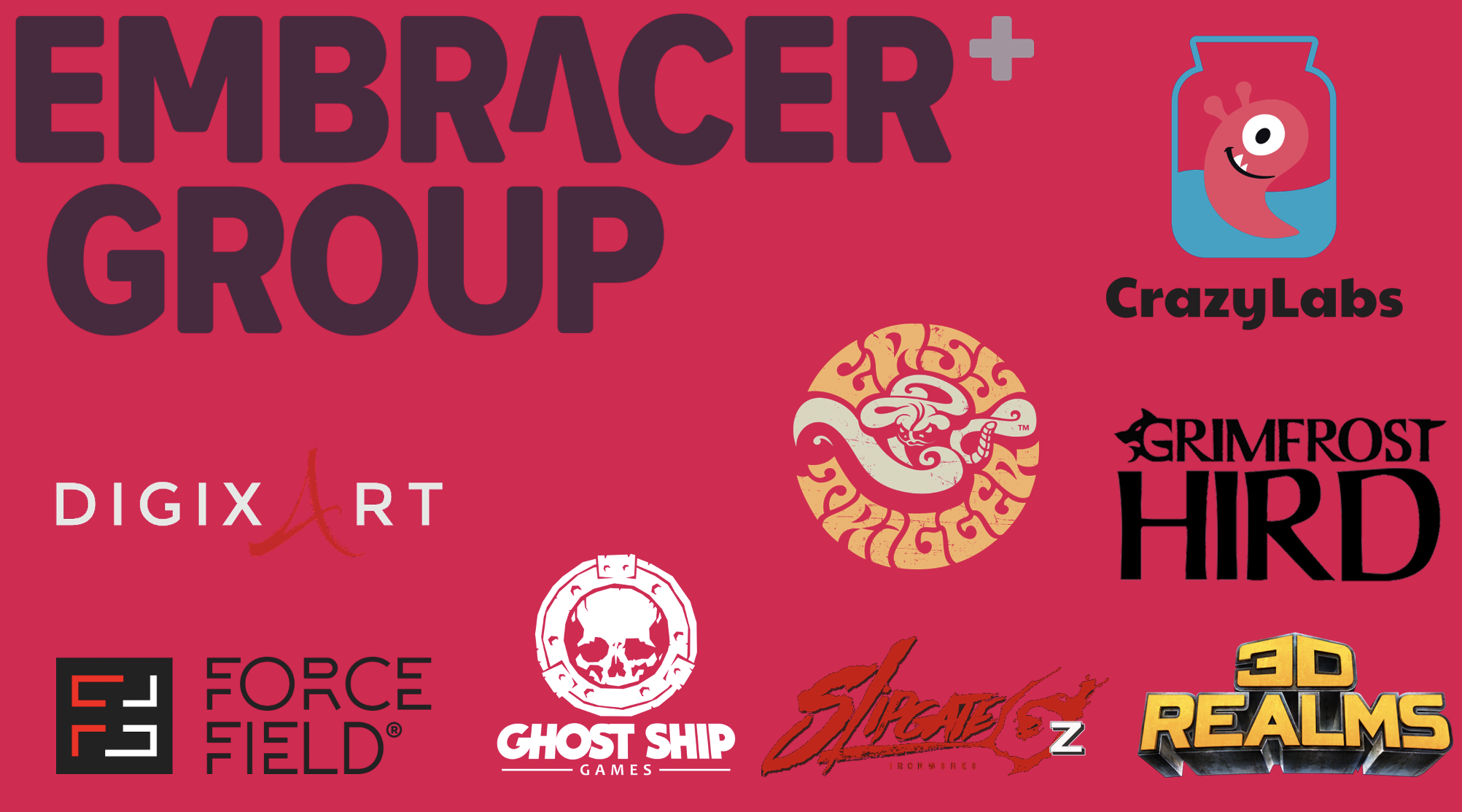 In Addition, Embracer Group is expanding its presence in other segments with the acquisition of Grimfrost, a company specialized in producing high-quality Viking merchandise. Embracer acquires 70% of the shares, while the founders remain with 10% ownership each.

The aggregate purchase price of 8 deals is comprised of:
— $312m upfront, paid 78% in cash and 22% in newly issued Embracer B shares,
— $231m earn-out consideration (50/50 in cash and newly issued Embracer B shares), payable if the acquired companies achieve specific KPIs. For example: to achieve the maximum consideration of a five-year milestone, the companies aggregated Operational EBIT must exceed $115.5m for the FY’26 and achieve certain operational targets. To achieve the maximum consideration the companies aggregated Operational EBIT should exceed $720m plus certain operational targets for FY’29.

The acquisitions add more than 500 new employees to Embracer Group, which strengthens the company’s presence in Europe. The acquired companies are expected to contribute $231m-$346m to Embracer’s Net Sales and $40m-$63m to Operational EBIT during the FY’23.

The company continues to expand further into mobile, acquiring CrazyLabs’ vast portfolio of casual and hypercasual games with over 4.6B downloads. As for the PC&console gaming sector, Embracer leverages its development expertise, acquiring Slipgate Ironworks and its associated publishing brand 3D Realms (the creators of the Duke Nukem franchise), long-term partners from Ghost Ship Games (creators of Deep Rock Galactic) and Easy Trigger Games (Huntdown), and Digixart (the studio behind 11-11: Memories Retold). Now there is a potential for developing new entries in the acquired IPs.

These acquisitions are aligned with Embracer’s inorganic growth strategy enabled by its decentralised operating model. Embracer’s operating groups are encouraged to put in place their own M&A agenda in search of organic growth opportunities and better long-term profit.

Zynga has closed the $250m acquisition of US-based mobile programmatic advertising and monetization platform Chartboost. The acquisition will strengthen Zynga’s position in mobile advertising (in the first half of 2021 Zynga’s advertising revenue amounted to 18% of its total revenue).

Israel-based mobile, social, and web-based game developer and publisher Plarium acquires Finland-based studio Futureplay. The six titles of the studio have been played by more than 140 million users up to date. The deal is expected to close at the end of August.

Spain-based mobile game developer UnusuAll raises $3.5m in a Seed funding round led by Garena, to support the expansion of the studio’s team.

South Korean blockchain gaming company Planetarium raises $2.6m for its decentralized RPG Nine Chronicles. The funds will be used to expand to mobile, scale the network infrastructure, and support the ecosystem developers.