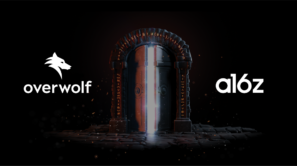 Thunderful Group acquires Early Morning Studio for up to $38.5m 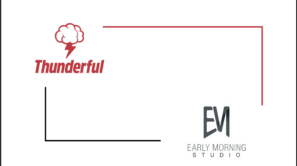 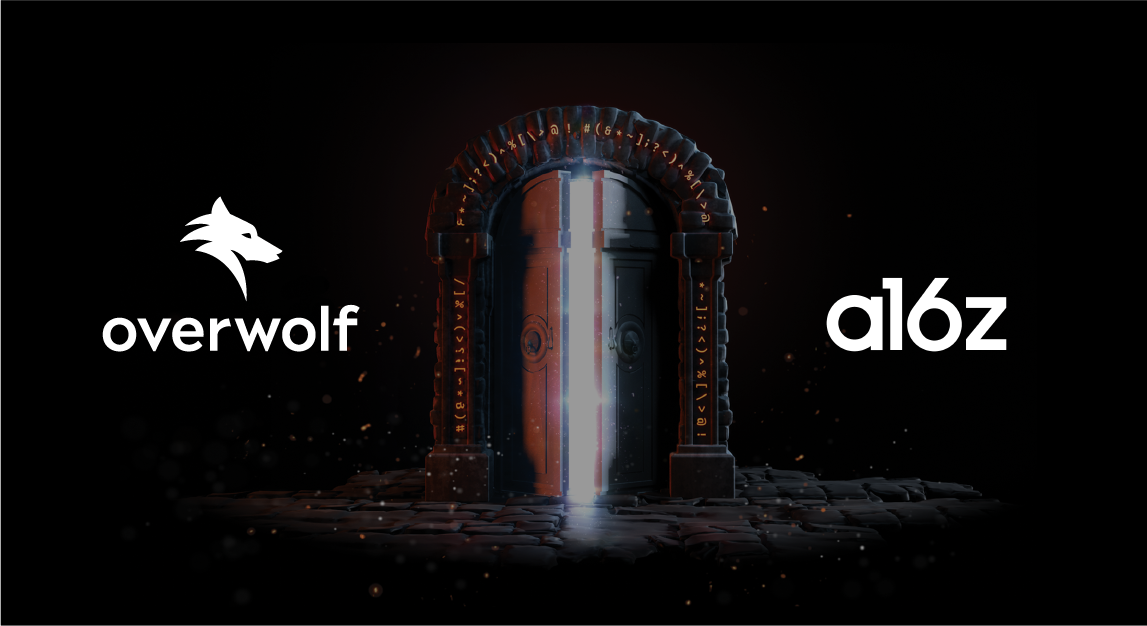 Israel-based modding platform Overwolf has raised $75m in a Series D funding round led by Andreessen Horowitz (a16z). Other participants of the round include Griffin Gaming Partners, Insight Partners, Intel Capital, Liberty Technology Venture Capital, and Marker. Griffin Gaming Partners and Insight Partners were the lead investors in Overwolf’s previous $52m round, closed back in Mar’21.

The funding will be used to accelerate the further development of CurseForge — a modding platform to connect independent creators and gamers, acquired by Overwolf in June 2020. Today, CurseForge contains over 100,000 mods for 32 different games, including Minecraft, WoW, and Starcraft.

Though CurseForge is now a significant part of Overwolf’s business, the company is primarily known as the creator of its eponymous UGC digital marketplace that allows developers to build video game extensions and offer them to gamers. For example, you can find an extension to capture your best Hearthstone highlights, or a tool to analyze your gaming skills in WoW or LoL.

Currently, the platform counts around 87,000 developers and 20 million monthly active players. This year, Overwolf expects to pay around $29m to the platform’s developers, which is almost 3x higher than in 2020. Earlier this year, the company has also announced the launch of a $50m creator’s fund to support independent developers creating content for the platform.

Overall, Overwolf has raised around $150m over the course of four rounds and acquired two companies: CurseForge and Stats Royale. The success of the company is yet another sign of the growing interest in the UGC model. With Roblox being among the largest gaming companies in the world, and more companies joining UGC business (which is especially popular among crypto-gaming startups like Sandbox and Mythical Games), we are likely to hear more about similar deals in the future.

Thunderful Group acquires Early Morning Studio for up to $38.5m 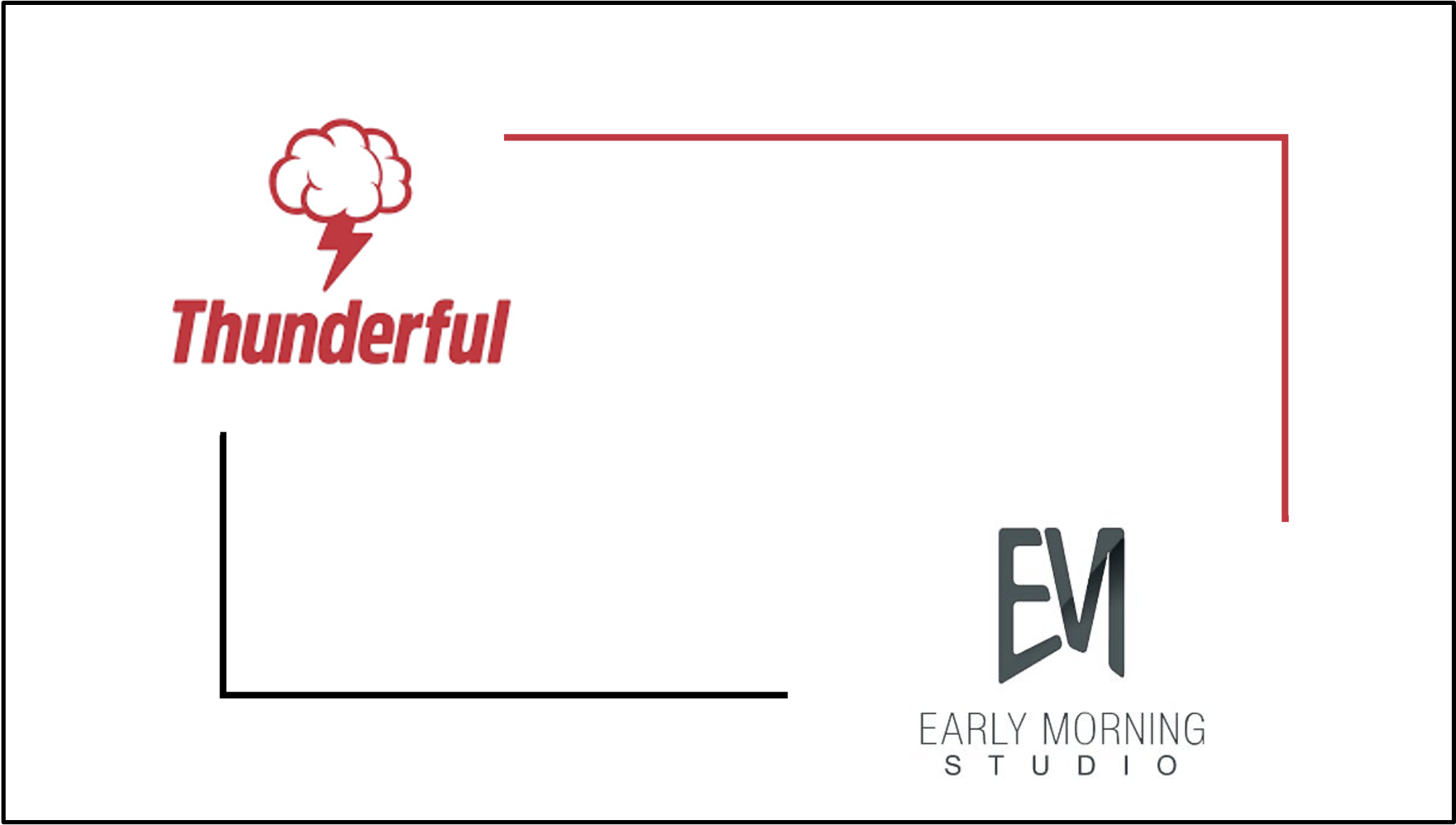 Swedish video games holding Thunderful Group ​​announced the acquisition of Sweden-based mobile games developer Early Morning Studio for up to ~$38.5m*, including:
— The initial consideration of ~$8.8m on a cash and debt-free basis, paid 56% in cash and 44% in newly issued shares;
— An additional earn-out component of a maximum ~$29.7m can be paid based on the financial performance for the period of 2021-2026.

In 2021, Early Morning Studio is expected to generate an adjusted EBIT of around $1.45m. Thus, the transaction multiples are:

With the acquisition, Thunderful is increasing its presence in the mobile games segment and continues to grow mobile, alongside its PC console business. Initially, Thunderful was a distributor of Nintendo products, games, game accessories, toys, and other products. However, in 2018, the company started actively increasing its presence in the gaming industry with the Rising Star Games acquisition. Later, the company solidified its position with the acquisitions of Guru Games (Feb’20), Coatsink (Oct’20), and Headup (Mar’21), among others.

Singapore-based esports company Ampverse announced its expansion in India with the acquisition of India-based esports company 7Sea Esports. In addition to the deal, Ampverse is planning to make a ‘multi-million dollar investment’ into the Indian esports market in a bid to accelerate its ecosystem. The terms of the deal are not disclosed.

China-based media giant Tencent has acquired the purchase of a minority stake in UK-based publisher and developer Playtonic. The investment will allow the studio to double its headcount, increase the number of development teams to 3 and create more games, including a sequel to Yooka-Laylee. The terms of the deal are not disclosed.

US-based blockchain gaming startup Irreverent Labs has raised $5m in Seed funding. The round was led by Andreessen Horowitz with participation from Mantis Fund, Keen Crypto, Unlock Ventures, and Advancit Capital. The company will focus on developing an accessible play-to-earn game with artificially intelligent characters living on blockchain as NFTs.

UK-based Roblox games developer Dubit has raised $8 million to expand its esports efforts in the metaverse. Metaventures and investor Jean-Charles Capelli led the round. The funding will be used for creating ‘the world’s first live esports league in the metaverse.’ The Metaverse Gaming League (MGL) is currently in beta in Roblox.

France-based mobile games developer Million Victories has raised $3m in Series A funding. The round was led by Griffin Gaming Partners. The studio is best known for the mobile MMORTS Million Lords. The funding will be used to invest in stronger marketing and user acquisition strategies, as well as scaling the studio’s team, and expanding its portfolio.

Poland-based game analytics company IndieBI has raised $3 million in an angel funding round. The investors included founders and studio heads from outfits like Humble Bundle, Mountaintop, and others. The funding will be used for providing game developers and publishers tracking tools for the game sales data across storefronts.