Embracer is acquiring Asmodee for around $3.1B 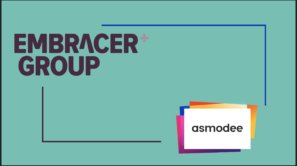 Azerion to go public via SPAC merger at $1.47B enterprise value 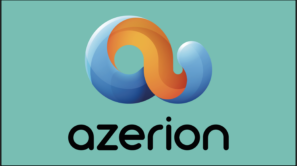 Embracer is acquiring Asmodee for around $3.1B

Swedish video game holding company Embracer Group (SSE: EMBRAC B) has entered into an agreement to acquire France-based board games publisher Asmodee for around $3.1B (EUR 2.75B), including:

— ~$2.7B (EUR 2.4B) paid in cash and debt refinancing;
— ~$395m (EUR 350m) paid in newly issued Embracer B shares to the main shareholder, PAI (pre-eminent private equity firm), and certain other minority shareholders.

The transaction is expected to close in H1’22. Minority shareholders will also sell some of their shares for an upfront cash payment. After this, the shareholders will keep the total of ~4% in Asmodee, which can then be sold according to the put-call option on the 2nd, 5th, and 6th years after the closure of the deal.

According to Asmodee pro forma financial performance for the 2021 calendar year (Net Sales of $1.24B, Adjusted EBITDA of $270m, and Adjusted Operational EBIT of $232m), the transaction multiples are 2.5x EV/Net Sales, 11.5x EV/Adj. EBITDA and 13.3x EV/Adj. Operational EBIT.

After the acquisition, Asmodee’s CEO Stéphane Carville with the management will continue to lead the company, which will form the ninth operating group under Embracer.

Founded in 1995, Asmodee is a global publisher and distributor of board & card games with a presence in the video game sector — according to AppMagic, mobile games of the company have brought around $3m in Revenue since the beginning of the year. Like Embracer, Asmodee is known for its decentralized operational model. Currently, the portfolio of the company includes 22 studios with over 300 IPs and 970 games.

Some of the best-known titles of the company include Catan, Ticket to Ride, Pandemic, Dixit, Splendor, 7 Wonders, Just One, and many others. More than that, the company works with the leading entertainment companies through licensing and distribution partnerships — Asmodee has worked with Pokémon, A Wizarding World (Harry Potter), Lord of the Rings, Star Wars, and Marvel franchises, among others.

The acquisition will make Embracer the largest gaming group in Europe — 11,300 employees from over 50 countries will now form Embracer’s ecosystem. This will bring the number of total game development studios under Embracer’s wing to 108 and the number of IPs and brands to 560.

Overall, Asmodee is expected to improve the financial results of Embracer Group, diversifying its Revenue streams and stabilizing the cash flow. Moreover, the operational EBIT of Asmodee is expected to have a ‘double-digit organic profit growth’ over the following five-year period. According to the press release, the deal is accretive to shareholders, adding around 30% to the forecasted Operational EBIT with approximately 7.5% dilution.

To finance the transaction, Embracer Group took new credit facilities from Nordea Bank, SEB, and Swedbank, including a 30 months ~$655m term loan and ~$1.3B in bridge loans. Moreover, Embracer exercised a direct share issue, raising around $655m. After the deal is closed, the company will have a pro forma net debt of ~$1.9B.

Overall, Embracer continues to diversify its portfolio by its famed active inorganic growth strategy. Thanks to M&As, Embracer now has a strong presence in PC&console (Saber Interactive, THQ Nordic) and Mobile (DECA games) markets, while also expanding to VR/AR (Force Field), and even merchandise production (Grimfrost).

Azerion to go public via SPAC merger at $1.47B enterprise value

Netherlands-based media and technology company Azerion has entered into a business combination agreement with EFIC1 special purpose acquisition company (SPAC). The deal was unanimously approved by the boards of both Azerion and EFIC1 and is expected to close at the beginning of Feb’22. However, the transaction is still subject to certain customary closing conditions.

Founded in 2014, Azerion combines gaming and ad-tech business. First of all, the company is known for its HTML 5-gaming platforms, including GameDistribution. Overall, the combined number of games presented by 2000+ gaming portals exceeds 16k with 425m MAU.

In 2021, Azerion has made three gaming acquisitions:

These are just a third of the acquisitions the company has made this year — other acquisitions were primarily ad-tech companies. Azerion is quite an active M&A player in the gaming and ad tech industries with more than 40 deals closed since 2015. That is why it is not surprising that the majority of its ~$353m net proceeds from the de-SPAC transaction are going to be spent on M&A, operation, and growth initiatives.

For the 2021 calendar year, Azerion expects to generate at least $400m of Revenue, taking into account the pro forma effect of $65m generated by the nine acquisitions completed in 2021. As for the next year, the company forecasts $507m Revenue without taking into account any potential M&A in 2022.

Tencent (SEHK: 700) acquires US-based PC&console games studio Turtle Rock — the developers of Left 4 Dead, Evolve, and recent Back 4 Blood titles. The financial terms of the deal are not disclosed. However, Turtle Rock will continue to operate independently under existing leadership. Tencent was quite active in terms of M&A for the whole year — the Chinese giant took first place in our Q1-Q3 2021 Strategic Investors ranking with 69 closed deals since the beginning of the year.

Sweden-based Esports gaming company Fragbite Group (OM: FRAG) acquires Netherlands-based mobile games developer Lucky Kat. The total transaction amount is $20.1m, including $7.8m upfront (paid 72% in cash and 28% in shares) and additional earn-out of up to $12.3m, paid based on the financial performance of Lucky Kat during the next 2 years. Fragbite continues to increase its games portfolio: earlier this year the company purchased the creators of Dead Cells — Playdigious.

Japan-based anime production and gaming company Aniplex — a subsidiary of Sony Music Entertainment  Japan (TYO: 6758; NYSE: SONY), announced the acquisition of the development division of DelightWorks — the studio behind Fate/Grand Order mobile title. As a part of the deal, the division will be rebranded, but further details are not disclosed. The rest of DelightWorks will continue to work independently. We can probably speculate that the company will produce more anime-based titles.

US-based mobile games developer Donut Labs has raised $2.3m in Series A funding. The funding featured participation from previous investor Level-Up, alongside Flyer One Ventures, and others. Currently, the team is working on a mobile shooter Kids vs Zombies, and the investment will go towards further development and publishing since Donut Labs plan to publish the game by themselves.

Netherlands-based platform for short-form video for games Medal.tv has raised $60m in fundings. The company received a $45m round led by Omers Ventures, and a $15m round from Makers Fund, Horizon Ventures, Dune Ventures, and other investors. The funding will help Medal.tv to add more technology solutions for its platform, scale the team and get more resources for further development.

US-based blockchain games developer Rumble League Studios has raised $4.5m in seed funding. The round was led by JDS Crypto, with participation from IDEO CoLab Ventures, and others. The funding will go towards launching its play-to-earn 3v3 basketball game Rumble Kong League and further growth of the project in the metaverse.

Israel-based gaming startup Edge Gaming has raised $10m in Seed funding. The round was led by mobile games developer Playtika with the participation of existing investors, Stardom Ventures and AnD Ventures. The main product of the company is called Playables — custom mini-games based on some of the existing recorded gameplay moments from other titles. Edge Gaming plans to use funds in order to expand its Playables which will debut with popular AAA games.

US-based financial technology company serving gamers Mana Interactive has raised $7m in Seed funding. One Way Ventures, Pillar, Quasar Holding Co., and others participated in this round. The funding will be used for creating a new financial ecosystem, built around rewards for gamers.

US-based blockchain-games developer Gala Games together with US-based investment company C2 Ventures announced the launch of a $100m fund. The fund’s activity will focus on investment in play-to-earn games, metaverse environments, and other blockchain-powered projects.

Israel-based investment company VGames announced the launch of its second fund of $141m. The funding will be used for investment in game studios. VGames will continue to focus on the Israeli companies but also plans to expand its market presence in Europe.