FRVR has raised $76m of funding 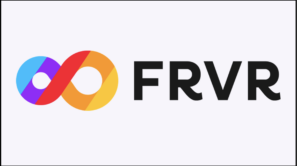 Overwolf has acquired Tebex for $29m 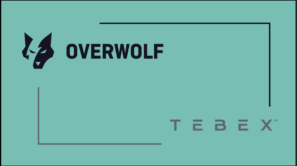 FRVR has raised $76m of funding

Portugal-based instant games publisher FRVR has announced the closure of a $76m round led by Hiro Capital with participation from existing investors Accel and Makers Fund. The round combines debt financing with equity investments.

This is the third time the company attracts VC funding. The previous round was closed in May’21, when Hiro Capital invested $2.5m in the company. Before that, the company secured $3m in a round led by Accel in Jul’18.

Founded in 2017, FRVR operates an HTML5 instant gaming platform, which allows users to play from any device. According to the company, FRVR has reached over 1.5 billion players, and has ‘millions’ of daily active users (DAU). Most of the proceeds will be used to establish new partnerships and bring more titles of better quality for the platform.

Cross-platform gaming has recently seen a fresh surge of interest, both from players and investors. In Sep’20, Tokyo-based instant games developer Playco raised $100m of Series A funding at a $1B valuation, which was the largest Early-stage round of the year. In FY’21, we didn’t see any comparable rounds from web-based gaming studios, but we saw some new trends for cross-platform gaming: metaverse, blockchain, and social gaming.

— The metaverse concept is cross-platform in its nature, and platforms and projects like Roblox (which reached around 49.5 million DAU in Q4’21) continue to attract new users and secure financing;

— In FY’21, Blockchain gaming smashed all its previous records in terms of investment volumes, and remained one of the hottest topics during the whole year. Since NFT-trading is not allowed on all the major distribution platforms, web-based gaming became the main solution for blockchain gaming companies;

FRVR doesn’t experiment with crypto, or claim to be building a metaverse. Instead, it focuses on providing accessible ready-to-play games for all platforms. But it doesn’t mean that the company won’t benefit from the hype around web gaming, and the increase in user acceptance of browser games among players.

Overwolf has acquired Tebex for $29m 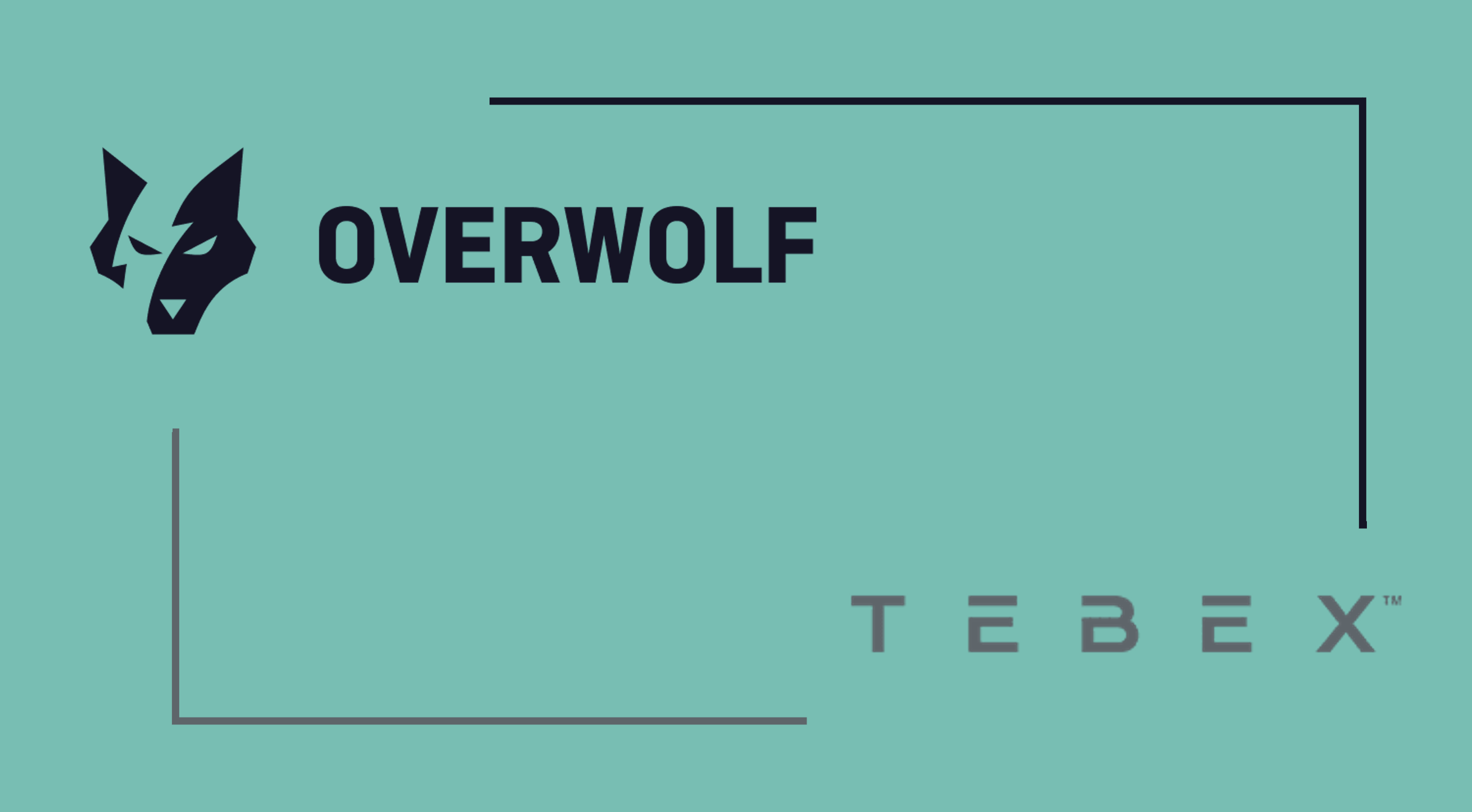 Tebex helps gaming studios and creators to monetize their private servers — the company helps to create web stores, connect them to the gaming servers, and set up the payout systems. Since its foundation in 2012, the company has helped creators earn over $500m through its monetization platform. According to the press release, Tebex has become the industry standard solution for twelve games, including Minecraft, ARK: Survival Evolved, and Rust.

As for Overwolf, it has raised around $150m over the course of four rounds and acquired two companies: CurseForge and Stats Royale. With this deal, Overwolf expands into a new category of creators — private server owners. Moreover, the company expects to see the synergy between its CurseForge Core product and Tebex. CurseForge Core is an end-to-end solution for in-game creators, which helps to integrate and monetize their in-game content. As for Tebex, it will operate as a business group within Overwolf and continue to maintain, build and innovate on its offering to its existing customers.

UGC gaming has seen an increased interest both from players (check Roblox growing audiences) and investors: in 2021, we saw how ​​Splash, Dubit, Talewind, Supersocial, Toya, and others raised millions to develop games specifically for Roblox. We also saw more companies joining UGC business, which is especially popular among crypto-gaming startups like Sandbox and Mythical Games. Thus, we will continue keeping a close eye on the segment, and expect more similar deals in the foreseeable future.

UK-based esports organization Vexed Gaming has acquired US-based esports organization Mock-it Esports. Financial terms of the deal are not disclosed. Mock-it operations and branding will continue to exist, but will be integrated into the Vexed Gaming ecosystem. As part of the deal, the acquired Mock-it EU-based Halo Infinite roster will continue to compete under the Vexed banner in future tournaments.

China-based tech giant Tencent has become a majority investor in Spain-based PC&console game developer Tequila Works. Financial terms of the deal are not disclosed. Tequila Works is most-known as a developer of such titles as Deadlight and RiME. The studio is currently working on Song of Nunu: A League of Legends Story, as part of a partnership with Riot Games. Tencent is continuing its aggressive M&A strategy with expanding in the PC&console gaming segment.

US-based games publisher and developer RIot Games has announced a new equity investment in Paris-based animation studio Fortiche Production — the creators of Arcane series and many League of Legends gaming videos. Financial terms of the deal are not disclosed, however, RIot now holds a significant non-control stake in the animation studio. After the success of Arcane on Netflix, it was no surprise that Riot made a decision to increase its stake. Both companies plan to continue their close cooperation and are currently collaborating on the second season of Arcane, as well as other to-be-announced projects.

US-based F2P publisher Tilting Point has acquired Canada-based mobile developer within the children’s entertainment and education category Budge Studios. Financial terms of the deal are not disclosed. The acquisition expands Tilting Point’s audience and enables it to enter a new segment of combined education and entertainment. Budge’s leadership team and 129 employees will continue to operate independently, only now with Tilting Point’s publishing expertise for its games.

Canada-based independent games developer Offworld Industries has acquired another Canada-based game developer Redstone Interactive. Financial terms of the deal are not disclosed. Offworld has performed as a publisher of Redstone’s Beyond the Wire which is in Early Access status since October 2020. Redstone will have publishing and support tools of Offworld, while increasing the production capabilities of Offworld.

US-based newly-formed game studio Arctic7, led by veterans from Sperasoft, has raised $2m in Seed funding. The round was led by Grishin Robotics with participation from several angel investors. The studio is already working on several projects, and the funding will help in their development and establishment as game developers. At the same time the company is also planning some M&A activity in the near future.

US-based Esports wagering platform Challenger has raised an undisclosed amount in a Seed funding. The round was led by SeventySix Capital with participation from Revel, and Acies Acquisitions. The funding will be used to expand Challenger’s offerings to Xbox and PlayStation consoles, and add new titles to its platform.

India-based F2P mobile games developer Lila Games has raised $10m in Series A funding. The round was led by Rainfall, with participation from Bitkraft Ventures, Galaxy Interactive, Sequoia Capital, and Krafton. The funding will be used toward building the team and creating its first title, a shooter with strong social elements.

US-based newly-formed platform for narrative metaverse Hidden Door has raised $2m in pre-Seed funding. The round was led by Northzone, with participation from Makers Fund, Betaworks, and others. The funding will be used towards the development of the social game platform for playing stories with friends across a variety of shared creative universes.

US-based independent game developer with a focus on blockchain Third Time Entertainment has raised $3.5m in funding. The round was led by London Venture Partners, with participation from Reciprocal Ventures, Coinbase Ventures, and others. The funding will go towards growing the studio’s team and its portfolio of P2E games.

US-based testing software developer GameDriver has raised $2m in Seed funding. The round was led by Panoramic Ventures. The funding will go towards the company’s growth and expansion of its product for testing.

Singapore-based blockchain-powered games developer Trailblazer Games has raised $8.2m in funding. The round was led by Makers Fund with participation from Play Ventures, Fabric Ventures, and others. The funding will go towards the development of a fantasy blockchain-based game-metaverse Eternal Dragons.