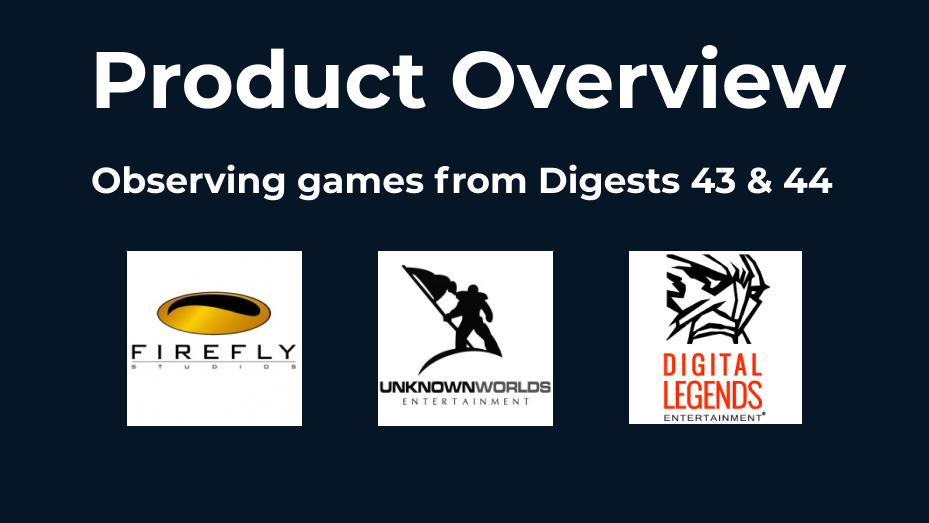 Their biggest game is Subnautica (>$80M total revenue) is a first-person adventure with simulation mechanics.

— Core gameplay is swimming in the ocean using underwater equipment and weaponry. Players explore new locations, animals, collect artifacts to research in the submarine. Also, some of the animals are predators which the player should kill using weaponry.

— Meta gameplay is the crafting of equipment and weaponry for swimming.

— Monetization is based on a paid model where the original price is $29.99. Plus, retained players can buy DLCs with an original soundtrack for $3.99. 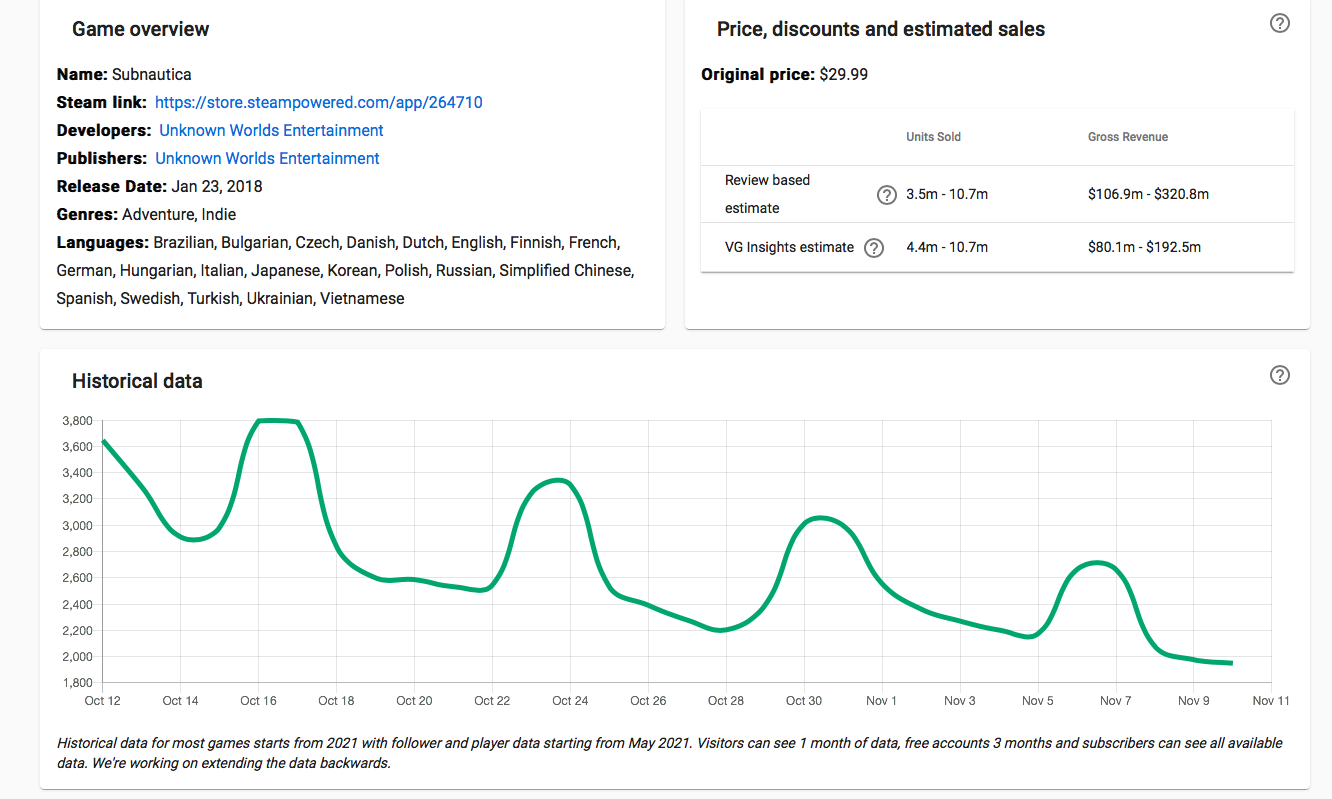 — Meta gameplay is tactics-based RTS battles against other players. Players use armies that they create in military buildings, and science to upgrade their characteristics.

— Monetization is based on a paid model where the original price is $79.99. Plus, retained players can buy DLCs with PvE campaigns for $9.99. 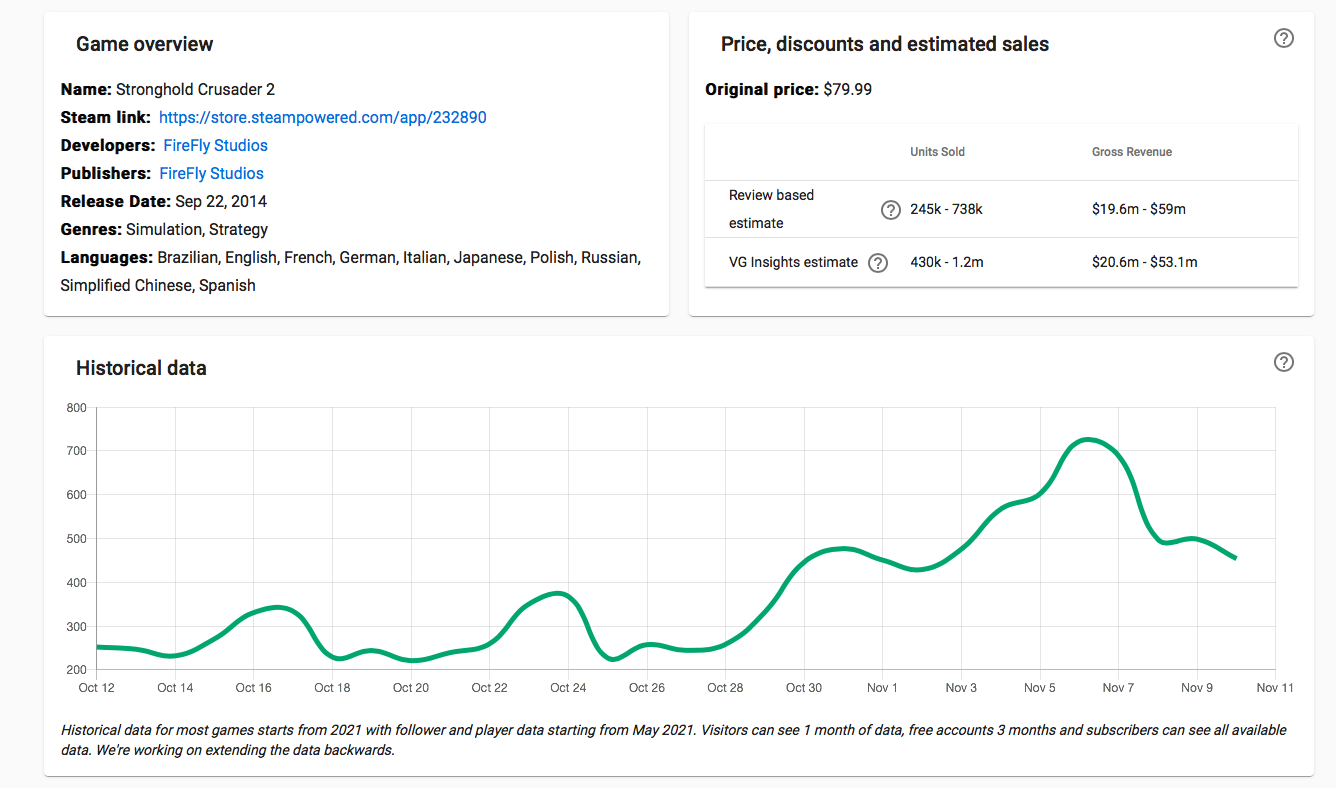 — Core gameplay is top-down roguelike action where players move and shoot demons in different dungeons. Once in a while, they battle with a boss.

— Monetization is based on a paid model where the original price is $14.99. Plus, retained players can buy DLCs with a comics book for $1, and an original soundtrack for $0.5 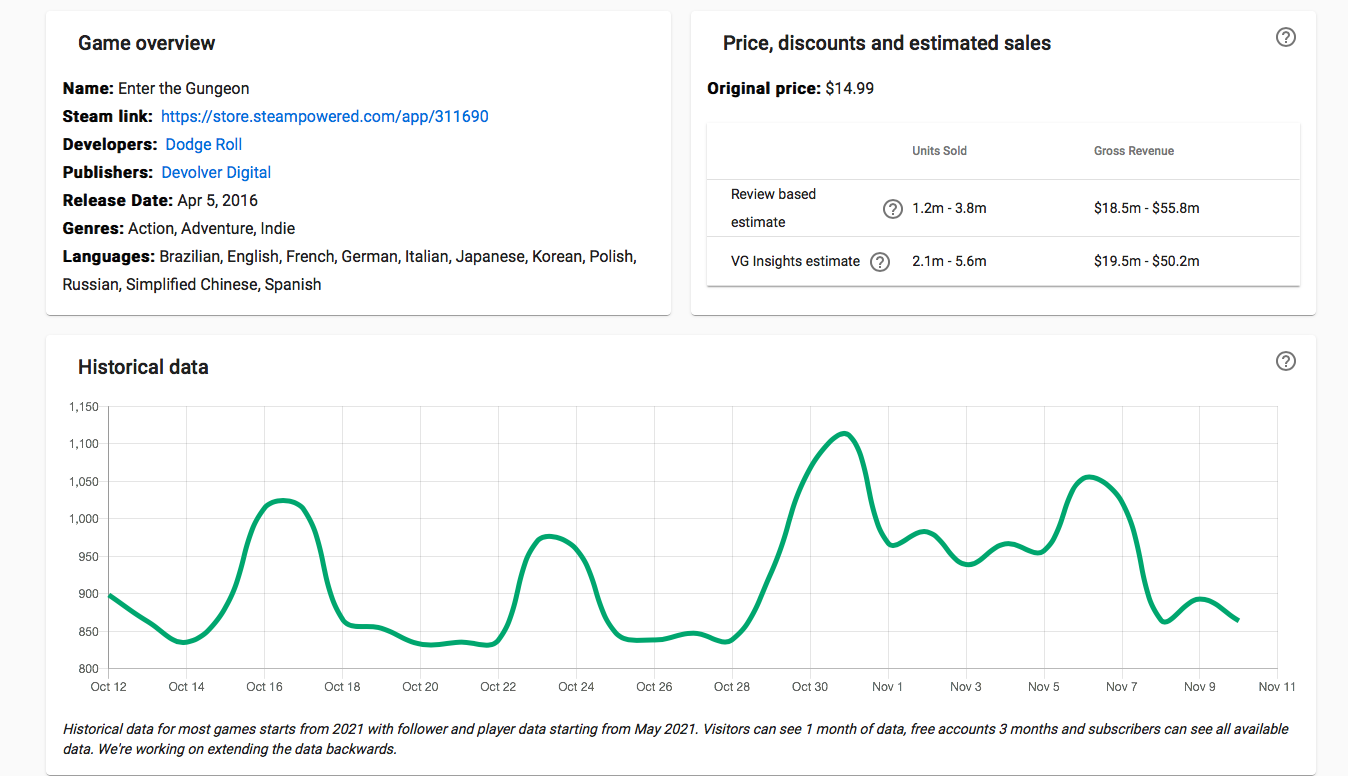 — Core gameplay is a choices-based puzzle where players choose what to do with incoming cards (accept / ignore).

— Meta gameplay rpg-based adventures where players need to have the right card-deck to complete quests.

— Monetization is based on a paid model where the original price is $9.99. Plus, retained players can buy DLCs with an original soundtrack for $1.99. 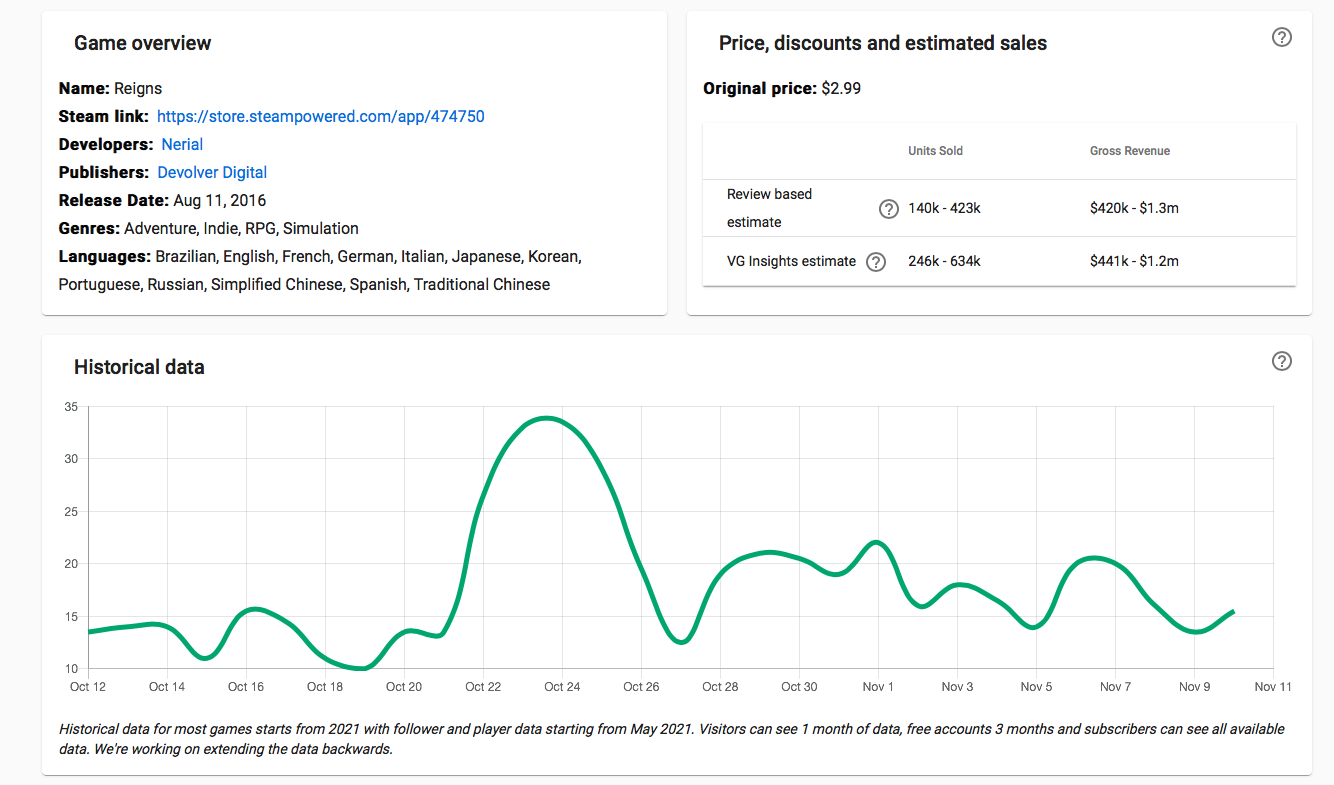 Spain-based mobile game developer Digital Legends has their biggest game Respawnables ($11M total revenue since March 2014) – a core shooter with 15% of the audience coming from the US, and another 22% from Brazil, Thailand, Canada, and France.

— Core gameplay is a third-person PvP shooter game. Players can choose one of two modes: battle royale with 5 players on the map (1 vs all), or classic 5×5 (team vs team).

— Monetization is based on a hard currency which players buy to purchase weaponry and equipment. 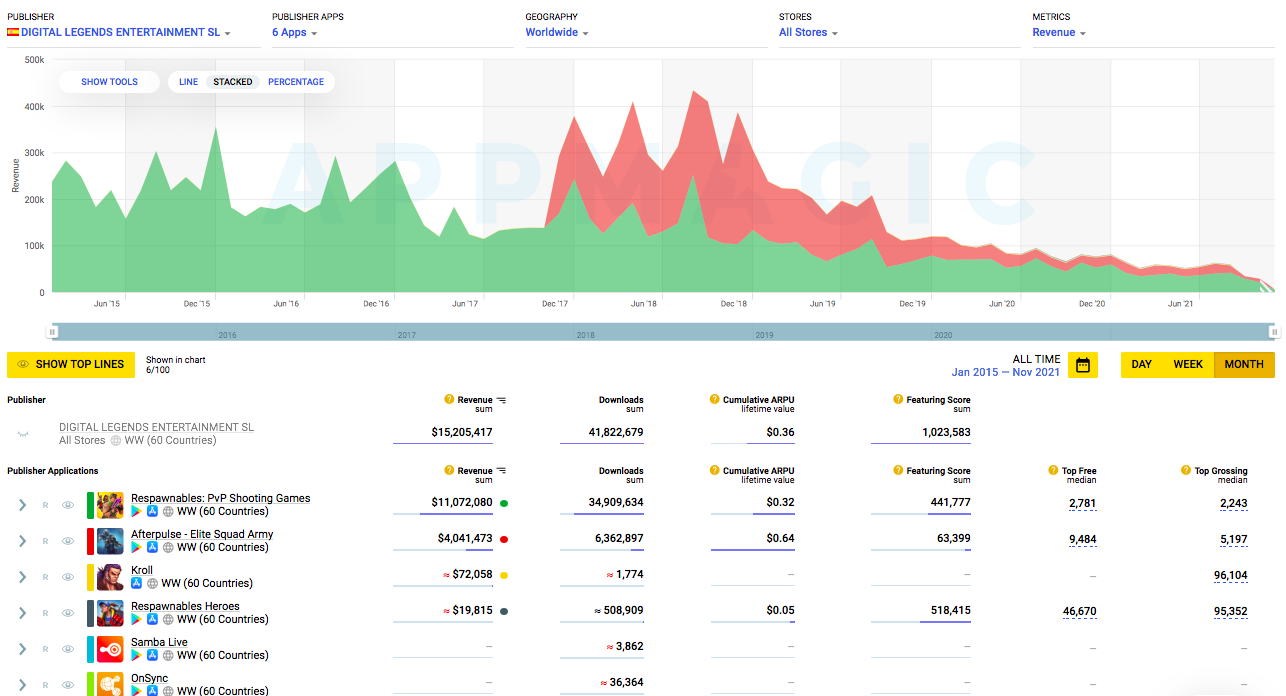 — Core gameplay is a top-down .io-arena where players beat other characters to grow their character.

— Monetization is interstitial ads after each level and rewarded ads to get premium skins.

— Monetization is interstitial ads after each level.