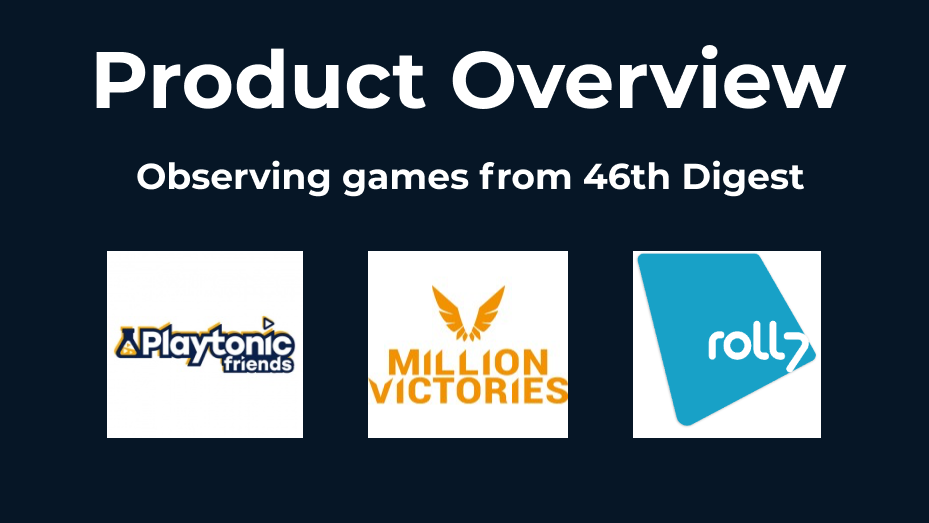 46th Weekly Digest has brought us new M&A deals from the UK, Sweden, France and etc.

Their biggest game is Yooka-Laylee (part 1) (>$3M total revenue) is a third-person platformer in open-world locations.

— Core gameplay is observing locations and jumping/swiping to overcome obstacles. Narrative is grounded by Final Boss who is moving players to the next locations.

— Meta gameplay is the collecting process of different characters.

— Monetization is based on a paid model where the original price is $39.99. Plus, retained players can buy a bundle with the second part of Yooka-Laylee series for $19.99. 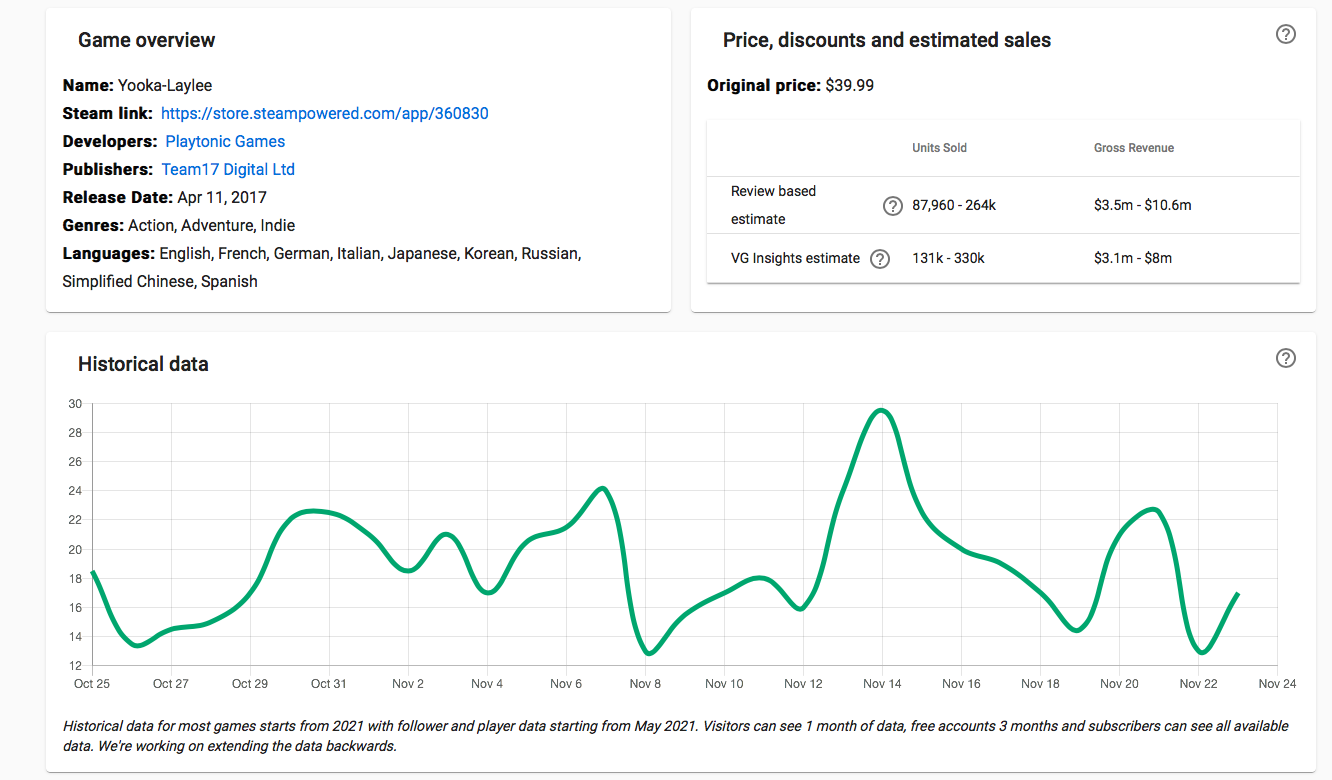 — Monetization is based on a paid model where the original price is $14.99. Plus, retained players can buy the bundle with all OlliOlli games for $29.99. 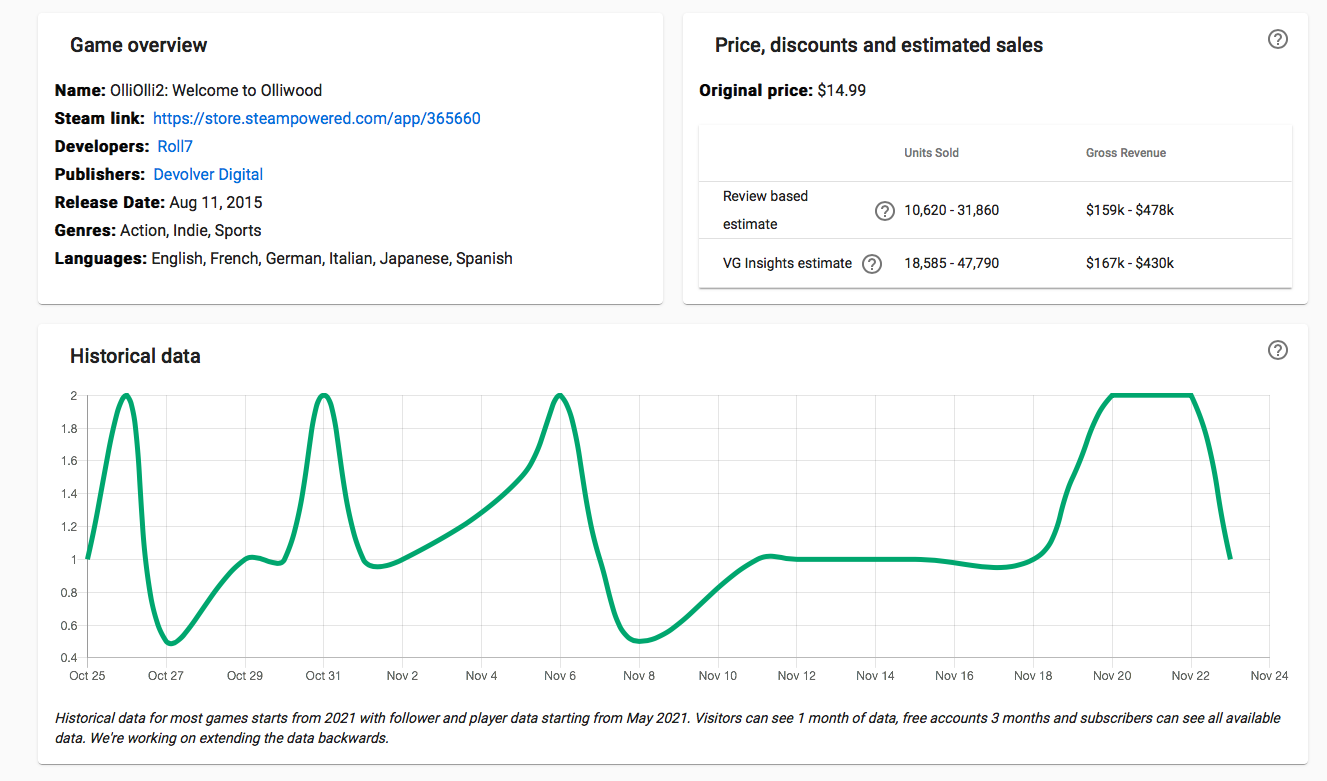 — Core gameplay is a top-down RPG action game in a vampire setting with the open-world grouped by islands. The second layer of the core gameplay is the 2D tactics fighting with vampires.

— Meta gameplay is RPG-based skills learning and weaponry inventory. These skills can be used in fighting as well as weapons.

— Monetization is based on a paid model where the original price is $12.99. 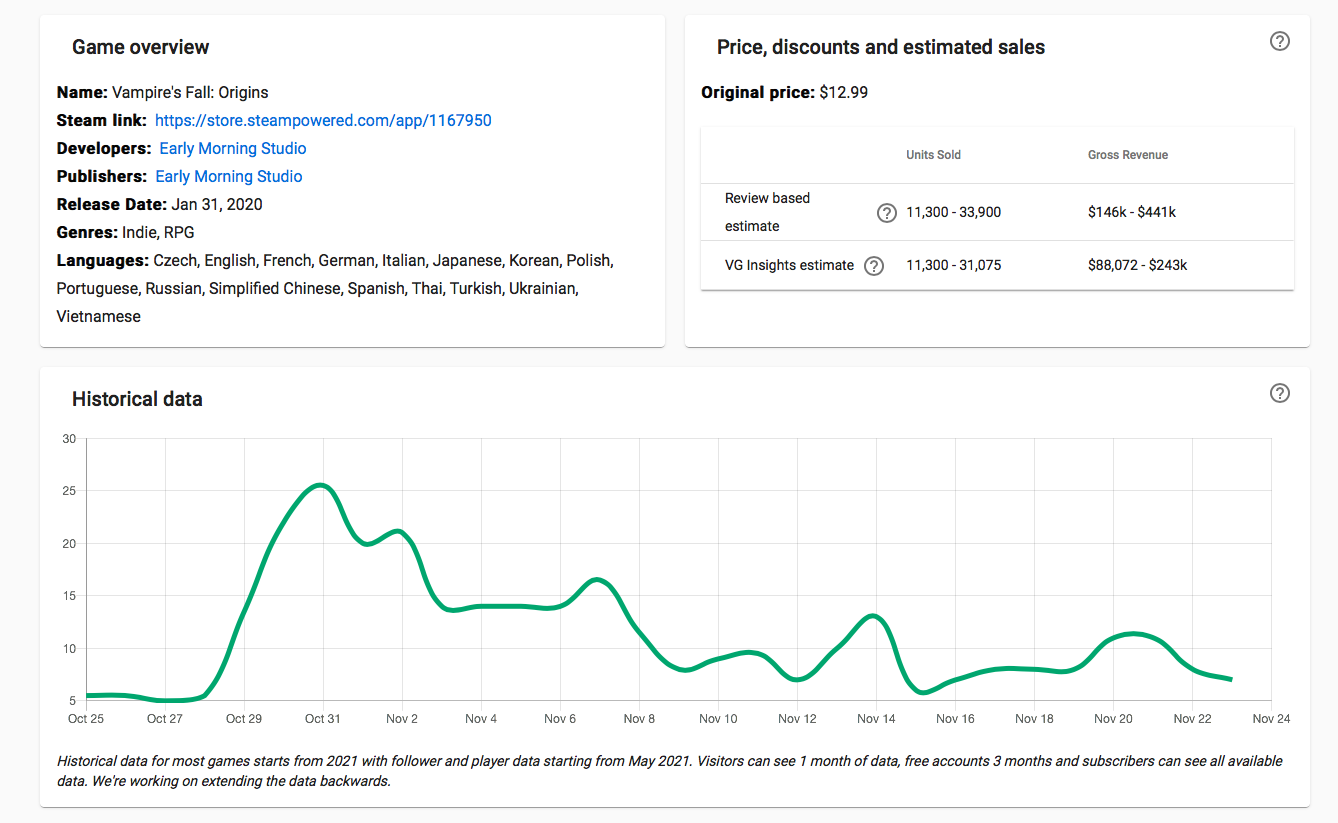 France-based mobile game developer Million Victories has their only game Million Lords ($1.6M total revenue since December 2018) – a core travian-like 4X-strategy with 67% of the paying audience coming from the US, and Germany.

— Core gameplay is top-down castle builder where players increase their power by creating buildings and hiring army troops. Then players choose the opponent’s castle on the map to compare their army’s powers.

— Meta gameplay is rounded in cooperation with clans members where players can have joint inventory of booster-artefacts and battle with other groups of players.

— Monetization is based on energy and time boosters where players speed up the core game play cycles by buying in-app purchases.