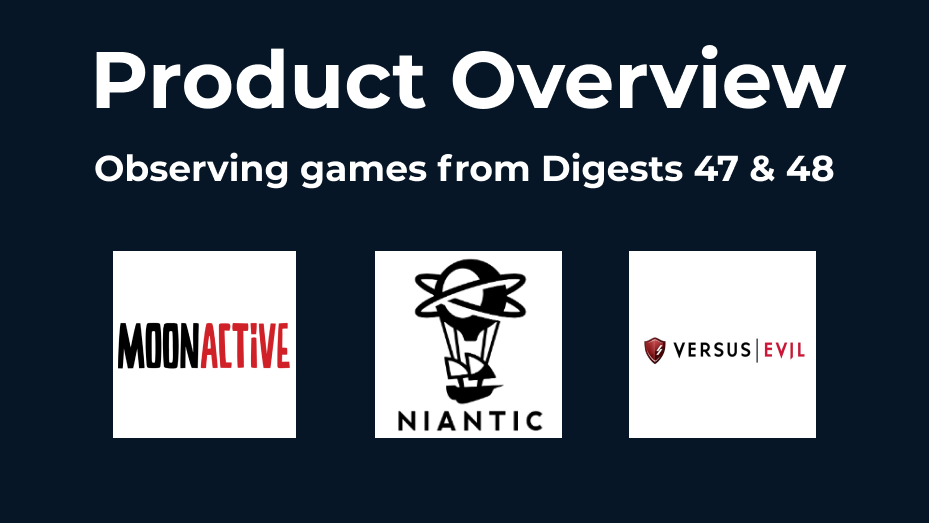 Weekly Digest №47 and №48 has brought us new investment deals from the US, Israel etc.

US-based PC game developer Versus Evil has been known for The Banner Saga series and Pillars of Eternity games on Steam (>$30.3M total revenue since February 2013) – action and adventure games in a cartoon animal setting.

At the moment, their main revenue driver Pillars of Eternity 2 (>$8.1M total revenue) is a top-down RPG-game in dungeons & sea setting.

— Core gameplay is RPG with 5 characters which players choose to kill monsters and pirates. Every character has their own skills and equipment which combine in one player’s action area.

— Meta gameplay is navigating the ship in the sea to visit islands and defeat pirates.

— Monetization is based on a paid model where the original price is $39.99.
Also, players can buy DLCs with additional content (soundtrack, new locations), and equipment (pet, weapon, hat, map) for $5.99 – $9.99 per DLC. 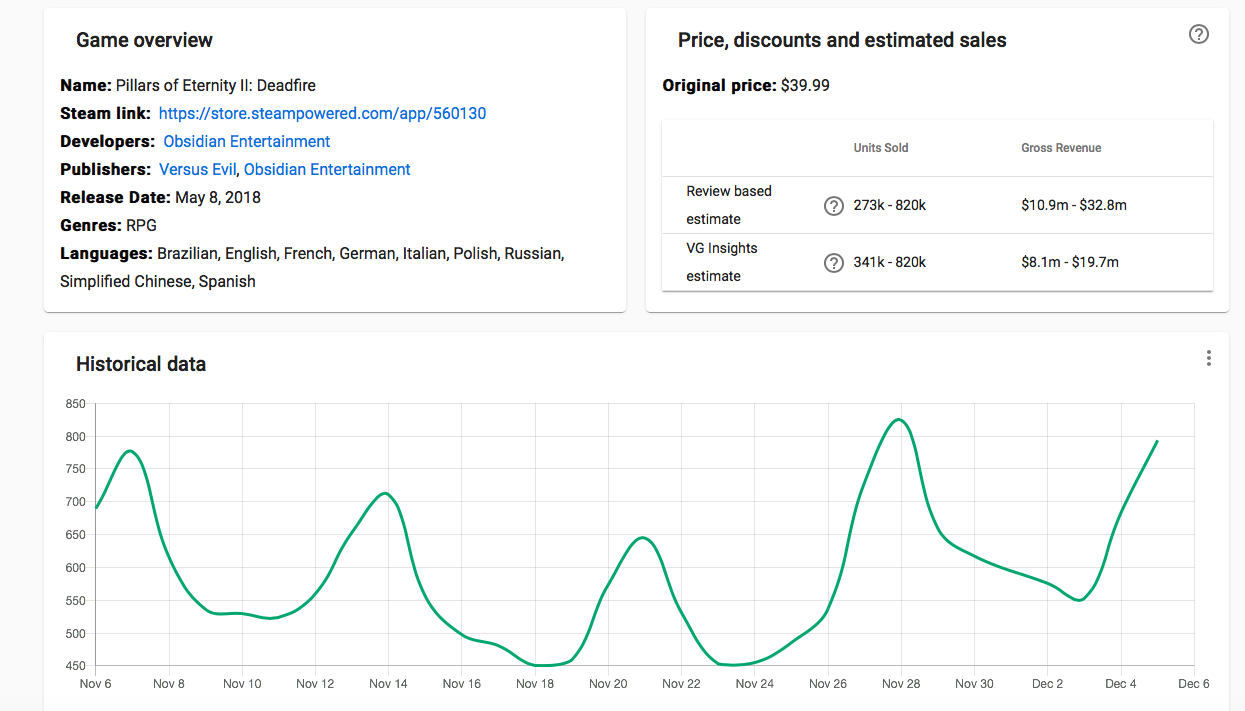 — Meta gameplay is skills/tricks learning and customization of characters’ streetwear.

— Monetization is based on a paid model where the original price is $29.99. 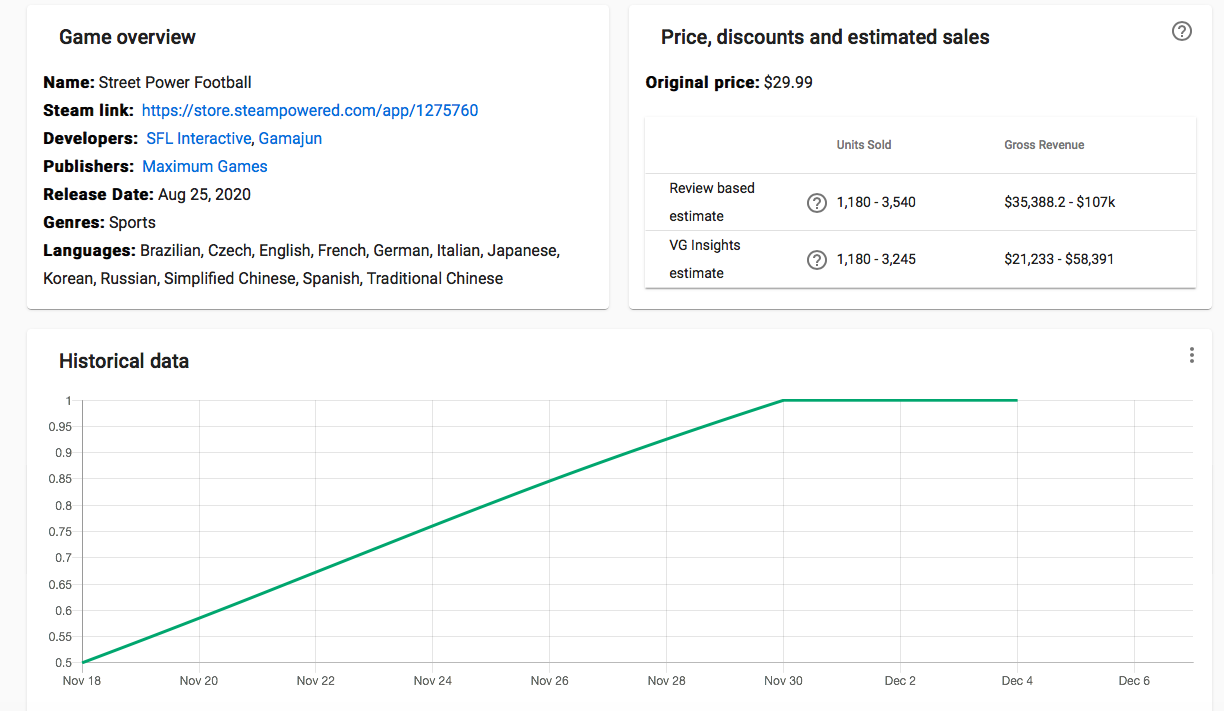 US-based mobile game developer Niantic has their biggest game Pokemon Go ($3.4B total revenue since July 2016) – a core location-based game with 77% of the paying audience coming from Japan, and the US.

— Core gameplay is an AR-based RPG walk in the real world to find and catch pokemons into their collection. They can use these pokemons to battle with other players or cooperate with them to go in raids vs bosses.

— Meta gameplay is rounded in collecting and upgrading pokemons to have the strongest “battle deck” (squad of pokemons with complementary powers).

— Monetization is energy-based as players can buy pokeballs to catch more pokemons. Also, the second revenue stream is pokemon-traps ‘incense’ which attract pokemons to your current location. 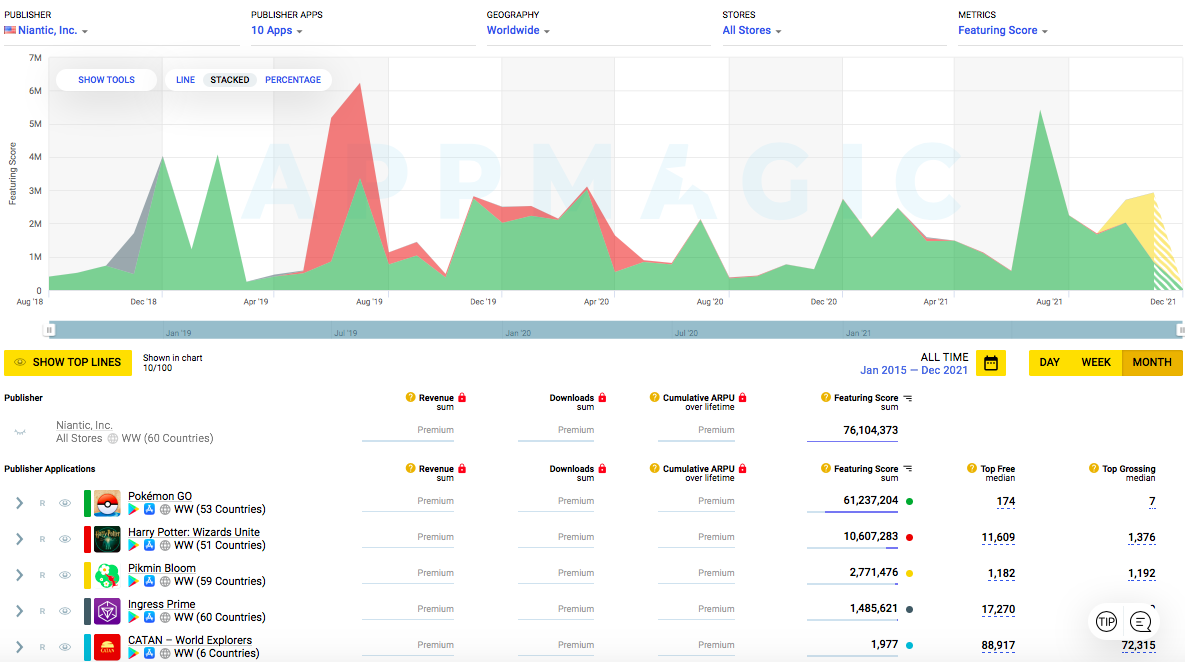 Israel-based mobile game developer Moon Active has their main game Coin Master ($2.4B total revenue since April 2016) – a casual social casino with 45% of the paying audience coming from the US, and Germany.

— Core gameplay is casino 3-line slots where players get resource Coins, Attack/Raid or Shields. These symbols connect players with metagame.

— Meta gameplay is based on building your town and attacking other players to steal their coins. Every town consists of buildings, coin storage, and pets.

— Monetization is energy-based where players can buy additional spins to progress quicker. 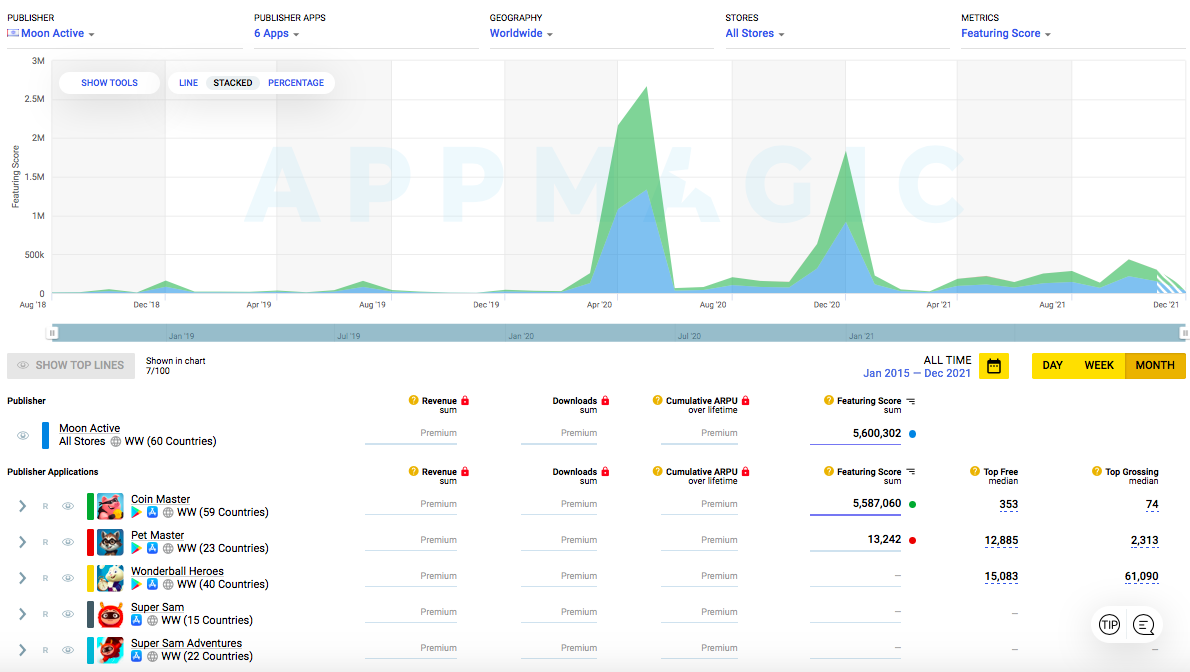