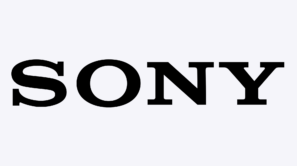 Gaming — one of the core revenue drivers
In FY’20 ended Mar’31, Sony reported $85B Revenue (+8.95% YoY growth). Revenue growth was primarily driven by the Game and Network Services (G&NS) segment, which generated approximately $25B or 29.5% of total Revenue — the most successful year of G&NS segment so far (+34.4% YoY).

As for profitability, the company historically tends to demonstrate a significant fall in operating profit during the console launch years. However, with the PS5 this was not the case — operating income has increased by 43.5% reaching $3.2B. We observe two primary reasons for this: 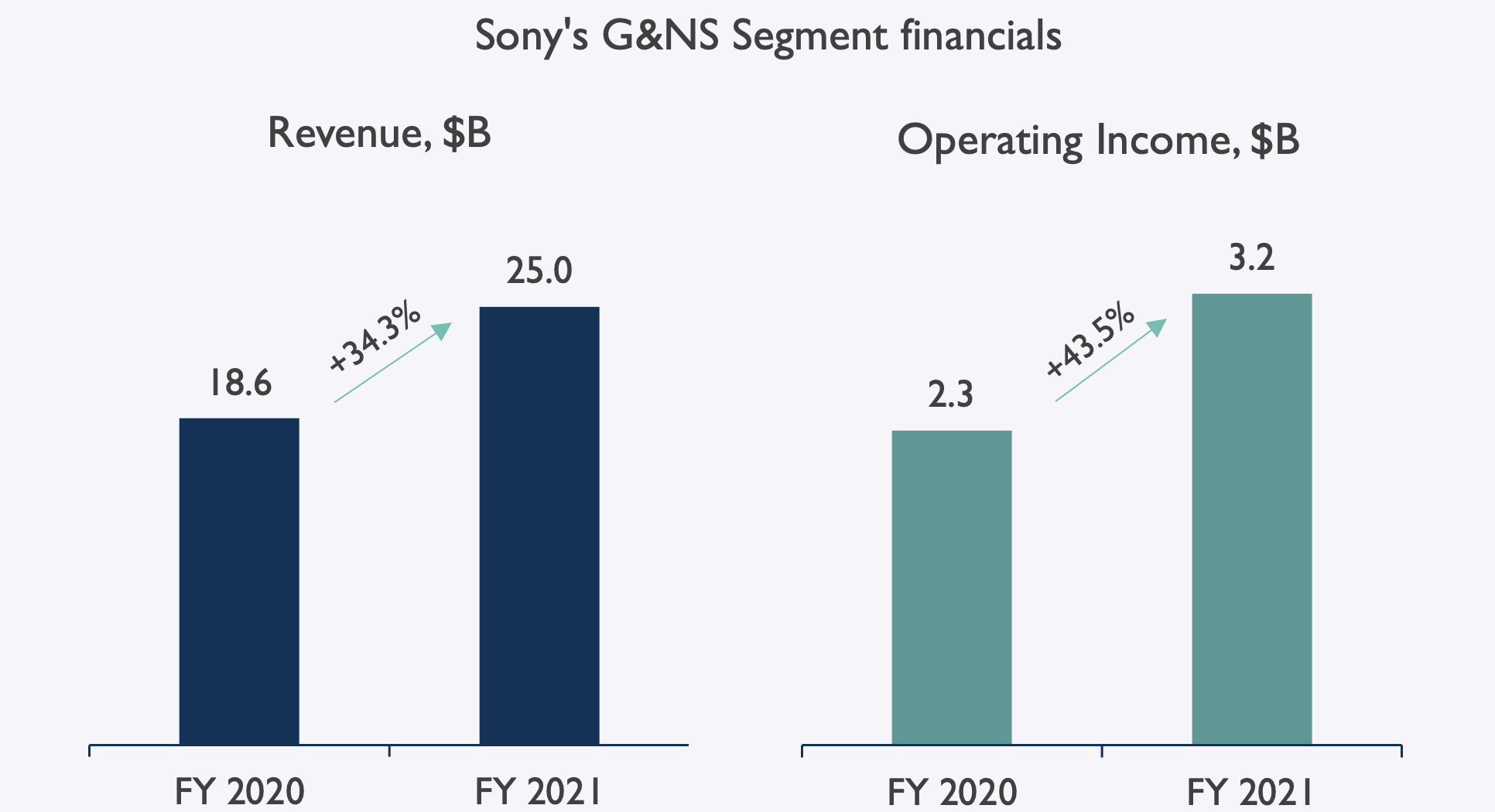 Increased user engagement and the rise of F2P

The newly launched PS5 has already demonstrated a significant increase in users’ engagement. In fact, the PS5 user adoption level is considerably higher than that of PS4 (+21% MAU in Mar’21 vs Mar’14). During the first 4 months, the PS5 players spent 15% more money on Full Games and Add-ons than PS4 players.

For the 4 months since the launch of PS5 the share of Add-on sales saw a 231% increase compared to the same period since the launch of PS4. Moreover, PS5 Digital Edition generates 16% more from Add-ons than the PS5 standard edition. This is another sign of the industry moving towards F2P digital games and GaaS monetization.

As for PlayStation Plus, it has continued to demonstrate strong growth since its launch in 2010. Currently, it has ~48m active subscribers which is almost 45% of the total PlayStation platform’s MAU (109m). According to Sony, 40% of subscribers are paying for the subscription because of Online Multiplayer feature, while 30% comes for Monthly Free games.

F2P model has been implemented on PS since 2013 (launch of War Thunder) and started to gain popularity after the release of Fortnite in 2016. During the next 4 years, we saw the rise of Call of Duty Warzone, Apex Legends, Genshin Impact, Rocket League, and many other F2P titles. In FY2020, F2P segment delivered over 25% of total PlayStation store consumer spends, which is a significant growth compared to 5% in 2016.

Future Strategy
Sony expects further domination on the console market and plans to achieve new records with PS5. Currently, there are not many PS5 exclusives (Returnal, Demon’s Souls), but the company has a strong pipeline of AAA titles, including God of War: Ragnarök, Ratchet & Clank, and Horizon Forbidden West.

The company plans to expand its presence on all platforms, gradually moving away from its pure console model to a multiplatform franchise ecosystem releasing more PC & mobile titles. This comes as no surprise, considering the successful releases of Detroit: Become Human, Death Stranding, Horizon Zero Dawn, and Days Gone on PC. Expansion on PC will also support Sony’s focus on the Chinese market, where Consoles are not as popular as in the Western countries. Sony will also significantly increase the marketing investments in China and plans to sell 2 times more PS5 consoles than PS4.

And yes, Sony plans to establish new external partnerships and further increase its M&A activity, so we are looking to write more about Sony and its potential acquisitions.

Sweden-based gaming company Zordix has entered into an agreement to acquire British multiplatform games publisher Merge Games for up to $14.2m (£10m), paid 40% in cash and 60% in newly issued Series B Zordix shares.

US-based VR-hardware developer Virtuix has raised over $19m from more than 6,500 investors during its equity crowdfunding round. The proceeds will support the development of Omni One — a full-body VR hardware, which allows you to actually walk and run while playing VR games.

UK-­based esports company Fnatic has raised $17m in a round led by Japanese conglomerate Marubeni Corporation to expand into Japanese and Asia-Pacific markets.

US-based PC&console games developer 1047 Games has raised $6.5m in Seed round led by Galaxy Interactive. The proceeds will go towards further development of the studio’s first game Splitgate Arena Warfare — a multiplayer shooter, currently available on Steam in beta.

Singapore-based mobile gaming platform Goama has raised an undisclosed amount of Seed funding. The round was joined by the leading Turkish gaming VC fund Ludus Venture Studio (patron of InvestGame).

A US-based payment platform Tiv has raised $3.5m of Seed funding to expand its engineering and marketing teams and support the future launch of the payment card for gamers.