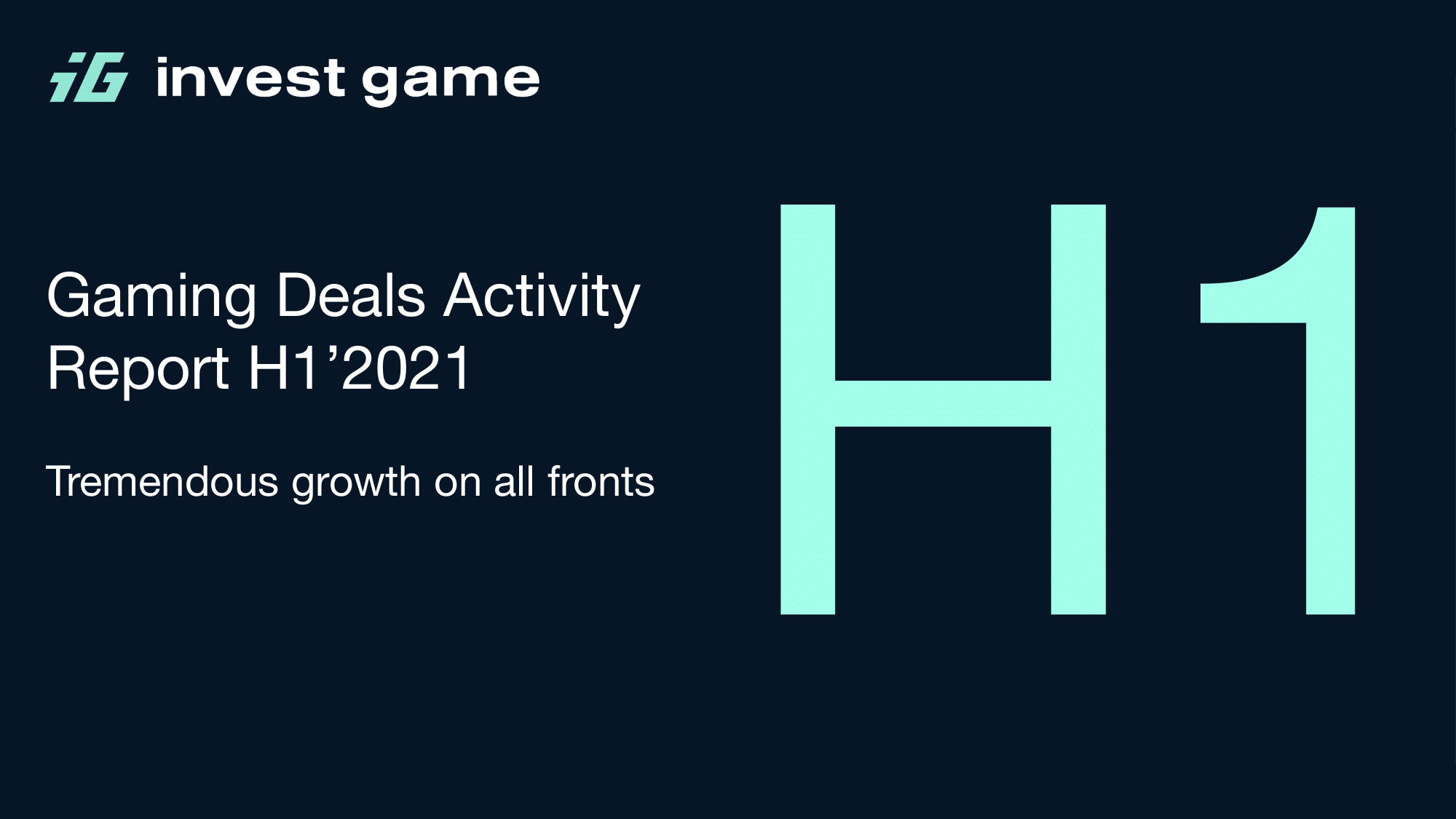 It comes as no surprise that the gaming industry has been on a huge roll for the last several years: there are almost 3 billion gamers around the world and the global gaming market is supposed to grow to more than $200 billion in 2024. And on the deeper B2B-side of things, there are some even more amazing numbers this year. InvestGame team is happy to share with you our Global Gaming Deals Activity Report H1’21.

This year rallies up to be one of the biggest and brightest ones for the industry. Here are just a few of the markers:

— There were 471 transactions closed in H1’21 with the total deal value of $44.2B and 18 announced transactions still in process. Cumulative value for announced and closed deals was $50.2B in H1’21

— Tencent continues to lead the strategic rating with a major focus on PC&console, closing a total of 53 deals, including acquisitions of Yager and Outsiders, and investments in Mundfish, DONTNOD Entertainment, and Bohemia Interactive

A quick reminder: Joakim Achren of Elite Game Developers will be joined by Micha Katz from Aream&Co, and Anton Gorodetsky of InvestGame to review H1’2021 in gaming investments, IPOs, and M&As, based on the abovementioned Report. The webinar is going to take place on August 12th, please register here.

Korea-based game developer Smilegate expands further into the Western region, investing $100m in That’s No Moon Entertainment, the company which employees include some of the industry’s veterans, previously working for Sony, Activision, and Naughty Dog.

US-based game developer and publisher 1047 Games has raised $10m in its recent funding round led by Human Capital. The funds will be used to expand the team and accelerate the development of the studio’s F2P multiplayer shooter Spiltgate.

The fast-growing Indian live social gaming platform Eloelo has secured a $2.1m investment to establish new creator partnerships and integrate new game formats. The pre-series A funding round was led by Waterbridge Ventures and Lumikai Fund.

Turkey-based mobile game studio UDO Games has received $420k in a funding round led by WePlay Ventures and Lima Ventures at a $4.2m valuation. The proceeds will be used to launch a new project and start self-publishing.

Krafton is now planning to bring $3.75B through its future IPO — the expected proceeds amount has dropped ~25% compared to the initial plans for a $5B sum. The change is most likely caused by the company’s re-evaluation of the indicative price range.