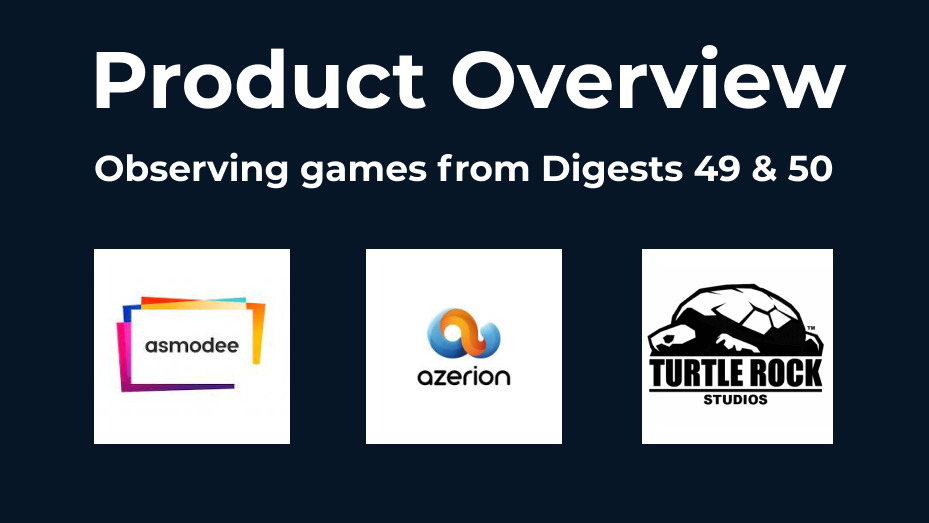 Last Weekly Digests has brought us new investment deals from the US, France, Netherlands, Russia etc.

Netherlands-based entertainment company Azerion (>$400M sales in 2021) has been known for their 2000+ web games portals (425M MAU) where they distribute casual free-to-play and premium games. 69% of the active audience is coming from the EU and Asia.

At the moment, their main revenue driver is casual free-to-play games.

— There are 16000+ games with different core gameplay mostly including puzzles, board games, pet/fashion simulators.
— Monetization is based mostly on ads (38.4B ads per year) and small in-game microtransactions. Ads are shown as pre-roll videos, in-screen banners, or overlay interstitial ads between levels. Microtransactions are offered as boosters or currency packages. 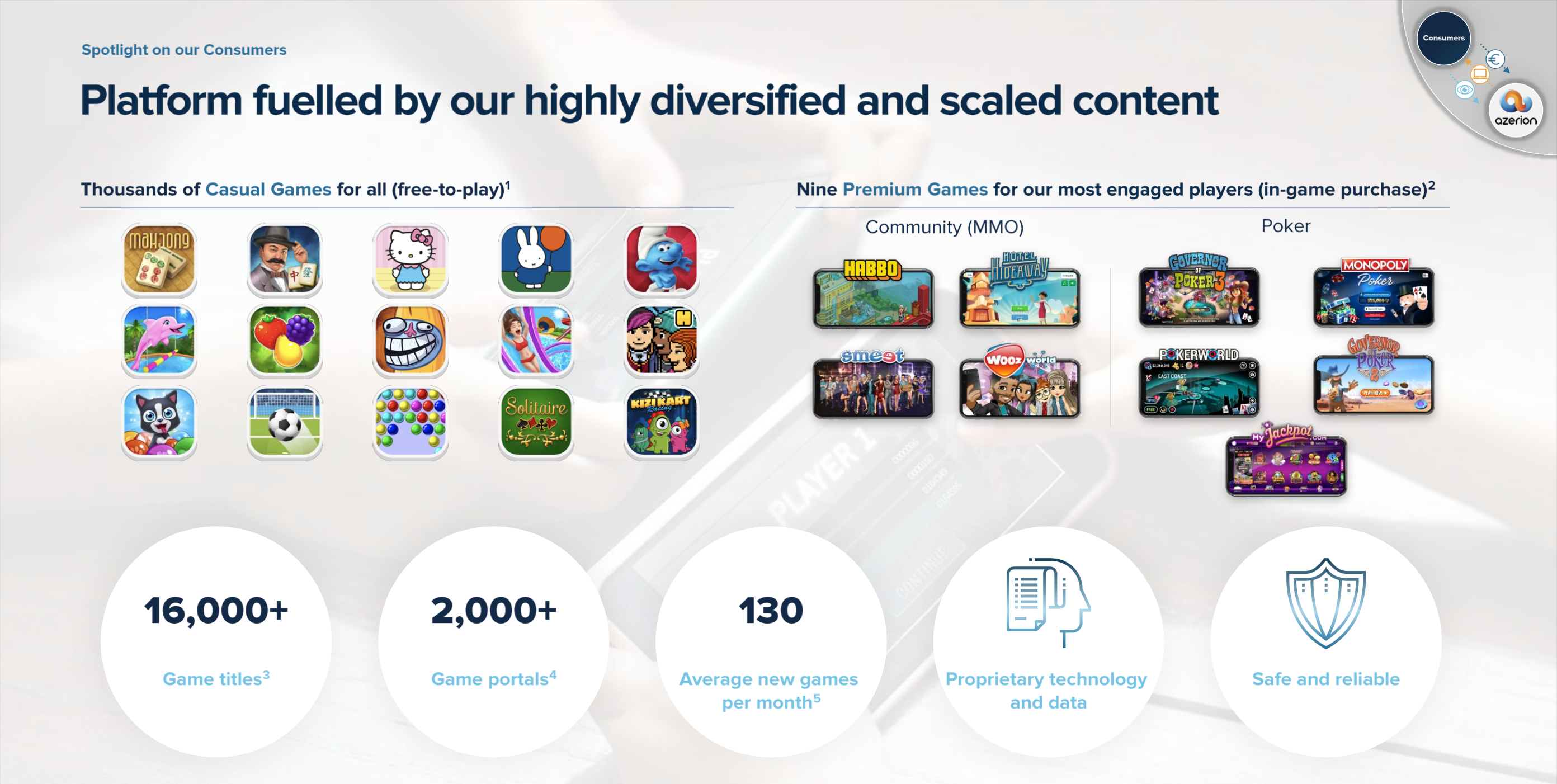 At the moment, their main revenue driver is Back 4 Blood (>$20M total revenue) – action midcore shooter distributed on Steam.

— Core gameplay is first-person co-operative shooter 4×4 in a Zombie setting.
— Meta gameplay is a narrative-driven co-operative campaign where players play together.
— Monetization is based on a paid model where the original price is $59.99.

US-based game outsource studio Valkyrie Entertainment has been known for God of War, Valorant, and League of Legends projects. We can’t calculate all total sales due to missing public data so we will focus on core & meta gameplay of these 3 games.

— Core gameplay is third-person action in ancient Greek & Norwegian settings. Players are playing for Kratos who is taking revenge against all other Gods by battling them with knives and bows.
— Meta gameplay is rounded in mythological narrative quests and character’s diary.
— Monetization is based on a paid model where the original price is $19.99.

— Core gameplay is first-person 5×5 tactical co-operative gun shooter. Players are choosing one of 3 game modes with different match rules: practice (1 vs AI), plant/bomb (5×5 players), and deathmatch (1 vs all players). The more you win the higher you will be in the leaderboards.
— Meta gameplay is rounded in 15 agents each having the special abilities. These abilities can be used in the match as an addition to gun shooting.
— Monetization is based on a free-to-play model where players can buy characters’ skins and cosmetic items.

— Core gameplay is top-down 5×5 battle arena. Players are choosing one of 140 characters divided by 6 classes: Mage, Fighter, Assassin, Marksman, Tank, or Support. Each class has their own strengths and weaknesses.
— Meta gameplay is rounded in item craft during the battle. Each item gives the characters additional bonuses to their attack, defense, health, or gives an additional special skill.
— Monetization is based on a free-to-play model where players can buy characters’ skins and cosmetic items.

France-based classic board and mobile game publisher Asmodee ($1.25B revenue in 2021) has their main revenue driver with physical Board games which are monetized with a paid model.

— Core gameplay is based on the board game by Alan Moon: players build railways to connect cities, get different wagons and missions.
Game is divided by matches where players get points for longest railways and completed rides.
— Monetization is energy-based as players can buy the whole railway between two cities. 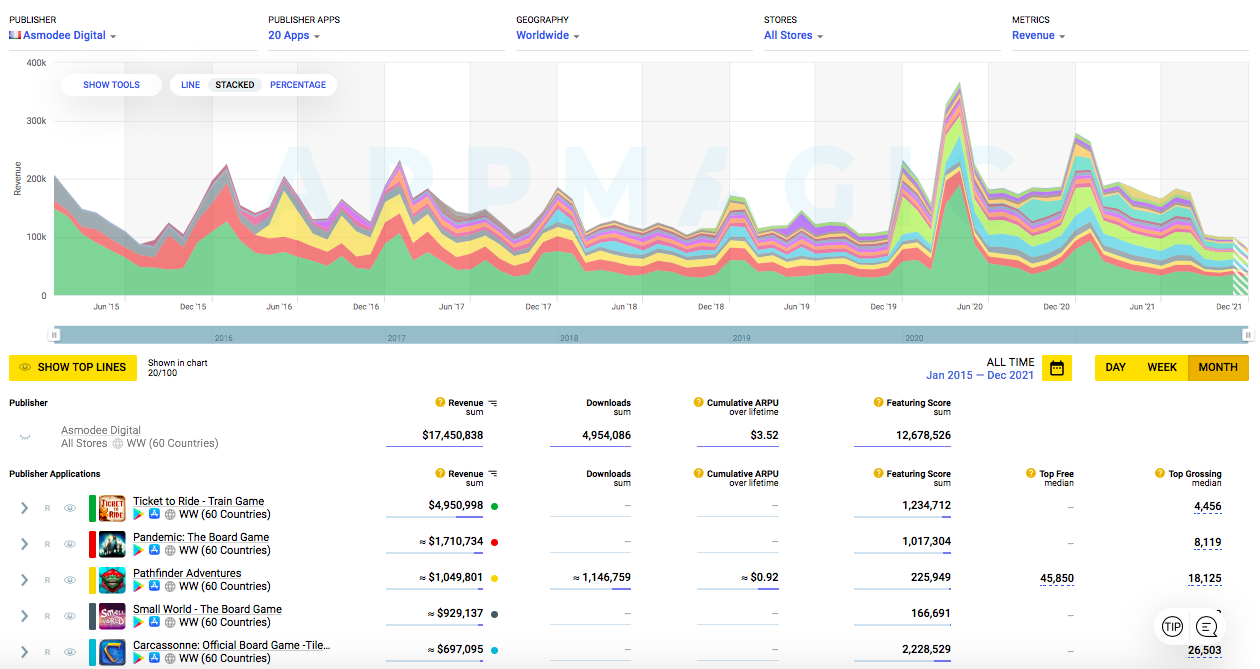 Their biggest revenue driver Magic Finger 3D (27M downloads) is a first-person arcade with action-puzzle mechanics where players move objects and enemies to move up to the finish. 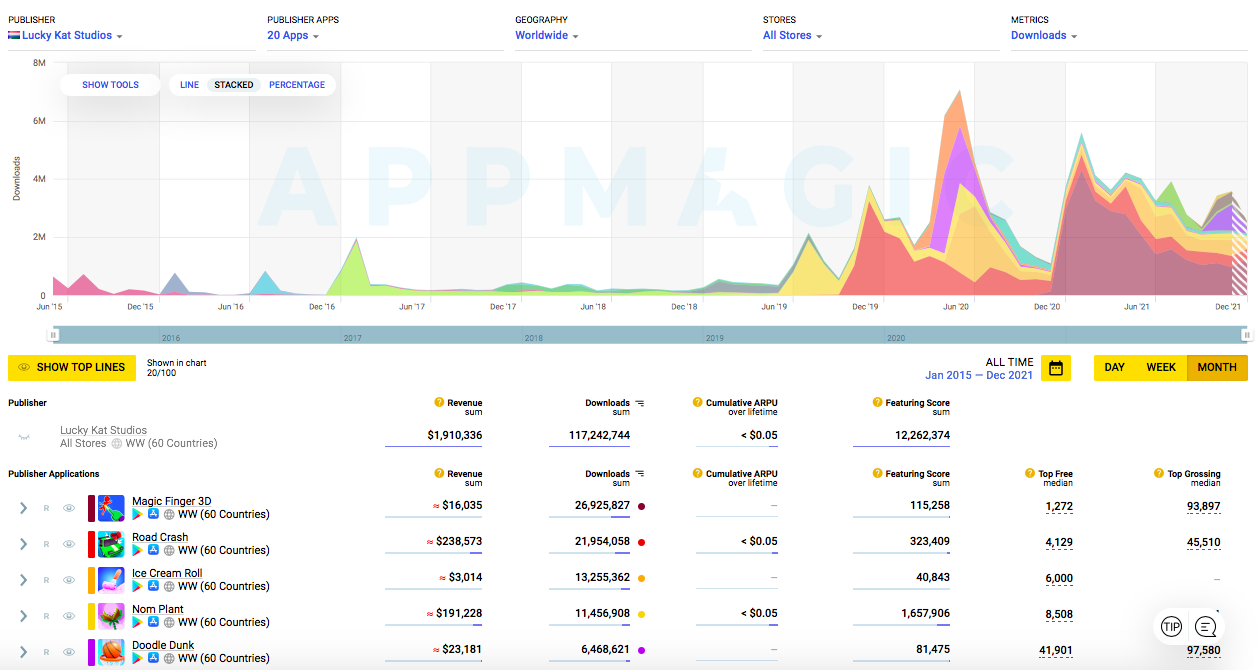