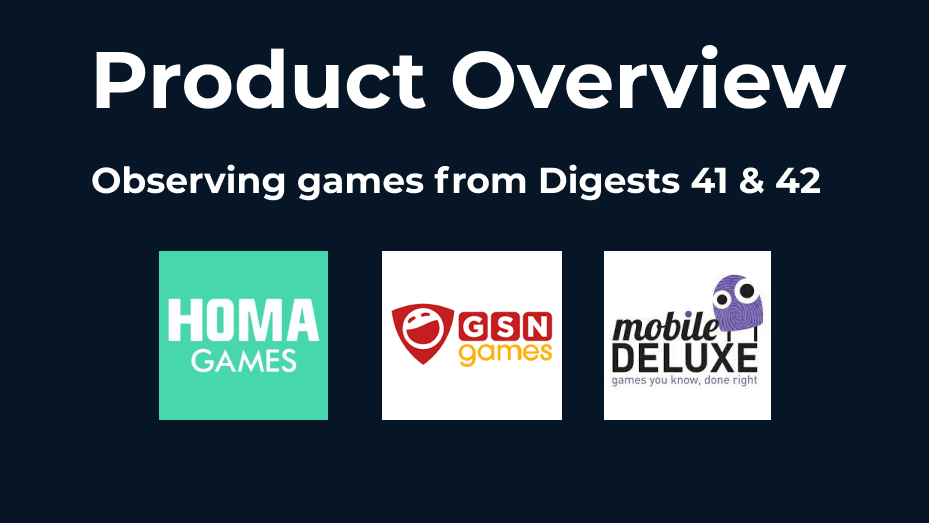 Weekly digests 41 & 42 have brought us a lot of interesting deals.

France-based Homa Games has been known as Hypercasual publisher (540M installs since February 2018), but they announced that they’re going to release more casual games in such genres as idle games, and puzzles & board games.

They have three hybrid-casual games so far with $1.5M in-app revenue and the biggest game is Idle world ($700K total revenue since 2018) – idle clicker game with 60% of paying audience coming from the US, Australia, and the UK.

Two other games, Farm Land and Craft World ($900K total combined revenue) –  idle arcade games with a similar core loop, monetization and 50% of paying audience coming from the US, Canada, and Australia.

US-based mobile game developer GSN has a few valuable assets ($865M total revenue since 2013) – a casual solitaire game, social casino games with 84% of paying audience coming from the US.

Their biggest game is Solitaire TriPeaks ($327M total revenue) which has the main value for Scopely as they’re diversifying their casual product portfolio.

US-based mobile game developer Mobile Deluxe has their biggest game Solitaire Deluxe 2 (17M installs since October 2013) – a casual board game with 97% of the audience coming from the US.

China-based Jufeng Studio ($102M total revenue since 2013) has 6 mobile core games but 4 of them are main revenue drivers with 40% of their audience coming from the US. We can’t calculate the revenue from chinese android markets so we only calculate Apple & Google data:

Kingdoms of Camelot and Dragons of Atlantis ($60M total revenue) – midcore 4X strategy with 60% of paying audience coming from the US, and Japan.

Underworld Empire ($32M total revenue) – midcore RPG-clicker with 64% of paying audience coming from the US.

Heroes of Camelot ($22M total revenue) – midcore RPG-battler with 36% of paying audience coming from the US and Germany. 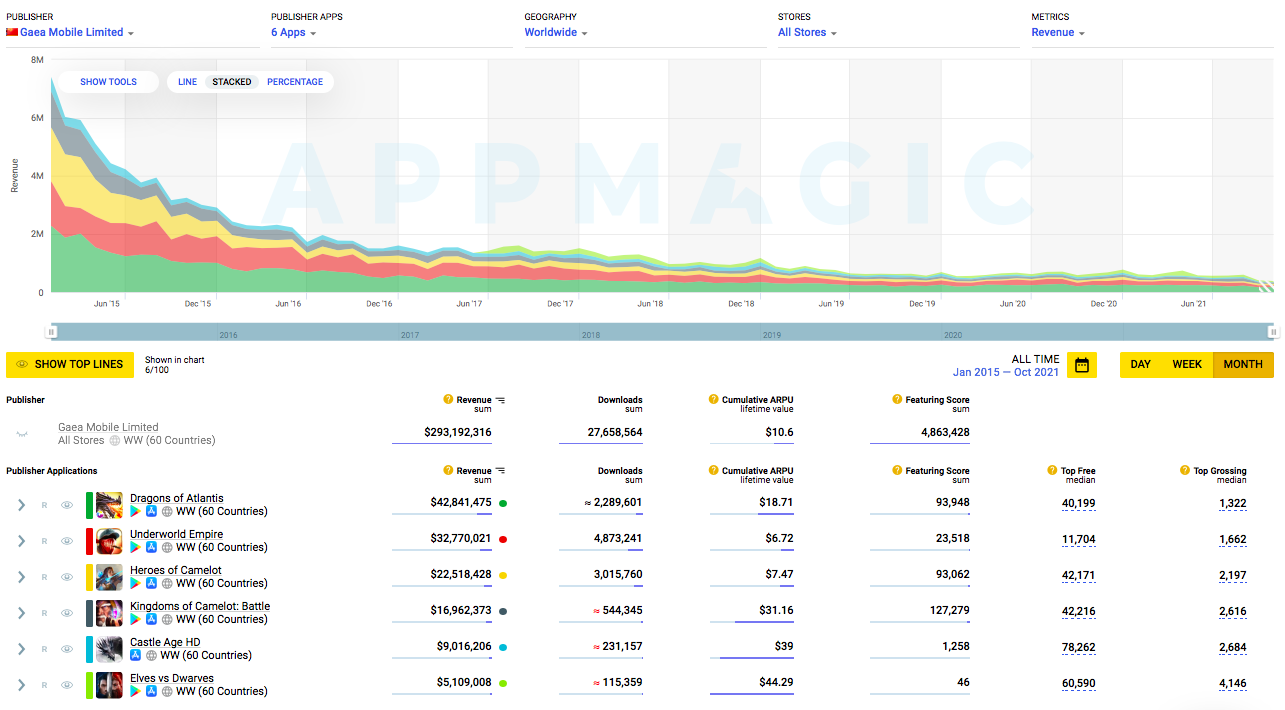